The Nuer people are a Nilotic ethnic group concentrated in the Greater Upper Nile region of South Sudan. They also live in the Ethiopian region of Gambella. The Nuer speak the Nuer language, which belongs to the Nilotic language family. They are the second largest ethnic group in South Sudan. The Nuer people are pastoralists who herd cattle for a living. Their cattle serve as companions and define their lifestyle.

The social structure of the Nuer was the subject of a study by the British ethnologist Evans-Pritchard in the 1930s. This study was commissioned by the government of Anglo-Egyptian Sudan in difficulty with this people without leader and without hierarchy.
Evans-Pritchard describes this society as an “ordered anarchy” (a notion that overlaps with that of a “stateless society”). Individuals are not subject to power and are not attached to the conquest of power. They live in good social harmony within their village. The political structure is expressed in lineage language: it is the lineage system that plays the role of political structure.
The basic unit is the village. Within a village or between two Nuer villages that are geographically close, disputes are settled in a rather peaceful manner, even when it comes to blood crimes, through
the ritual intervention of a "leopard-skin chief", which seeks appeasement and negotiation (search for compensation, generally in cattle) and for which this is the only function. It has no judicial power and does not necessarily enjoy any particular prestige. The Nuer being particularly proud, "leopard-skin chief" allows opposing parties to accept an arrangement without losing face, to avoid vendetta.

Both breeders and farmers, their society is based on patrilinearity.
According to Evans Pritchard, infertile women are considered as men. They can marry another woman and choose a man to live with them and make the other woman pregnant. The child bears the name of the barren woman, who enjoys the status of head of the family, and this child is considered her own.

The Nuer people have historically been undercounted because of the semi-nomadic lifestyle. They also have a culture of counting only older members of the family. They believe that counting the number could result in misfortune and prefer to report fewer children than they have. 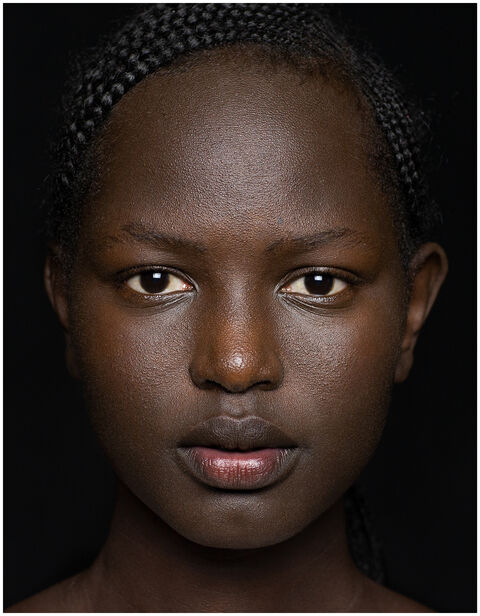