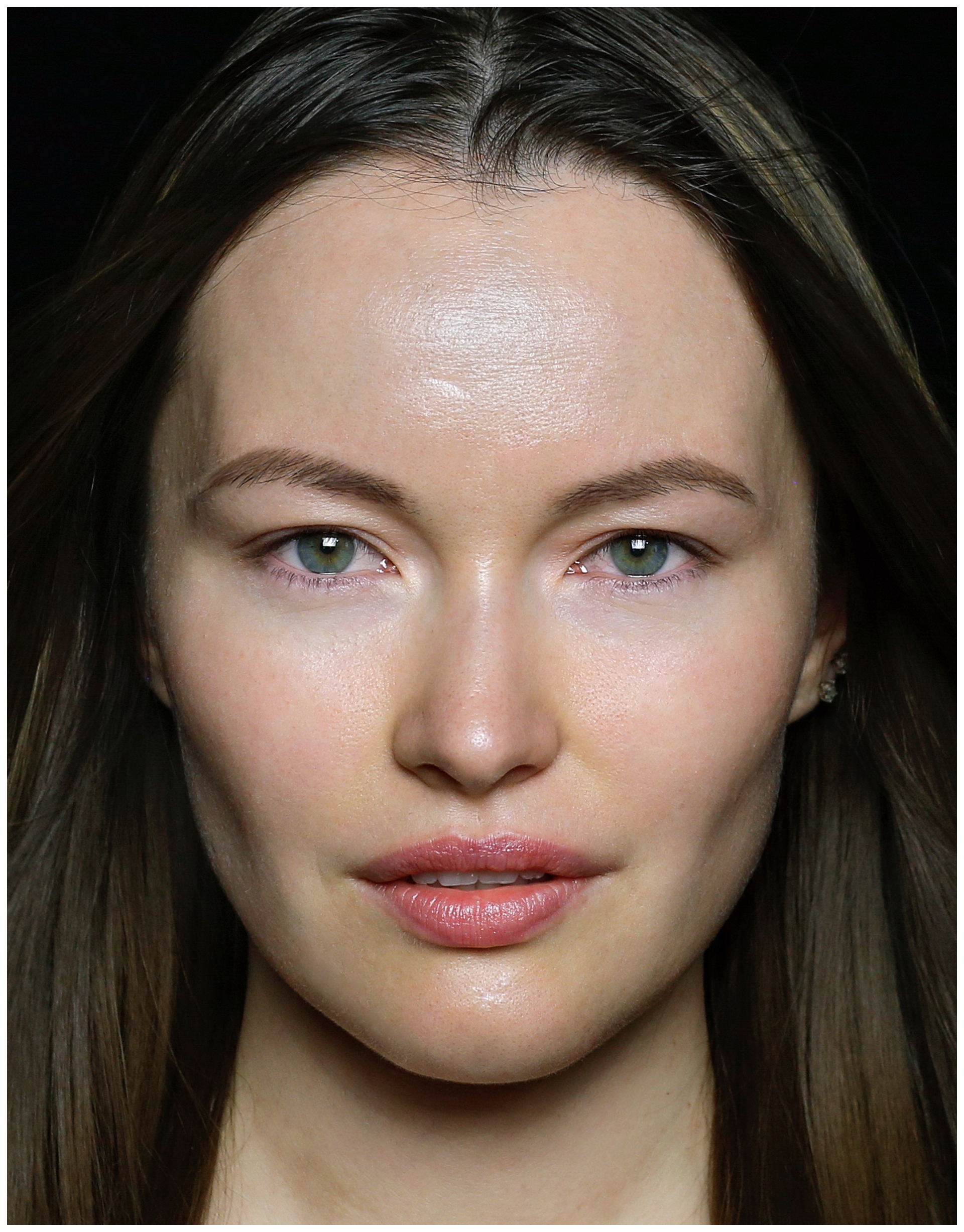 The Mari (Mari: мари, Russian: марийцы) are a Finno-Ugric ethnic group, who have traditionally lived along the Volga and Kama rivers in Russia. Almost half of Mari today live in the Mari El republic, with significant populations in the Bashkortostan and Tatarstan republics.
The Mari people consist of four different groups: the Meadow Mari, who live along the left bank of the Volga, the Hill (Mountain) Mari, who live along the right bank of the Volga, the Northwestern Mari, who live in Kirov and Nizhny Novgorod Oblasts, and Eastern Mari, who live in the Bashkortostan, Tatarstan, Udmurtia republics and Perm Krai and Sverdlovsk Oblast.
The Mari have their own language, also called Mari, which is a member of the Uralic language family. It is written with a modified version of the Cyrillic alphabet. Linguists today distinguish four different dialects, which are not all mutually intelligible.
Mari have traditionally practiced a pagan faith that closely connected the individual with nature. According to their beliefs, nature exerts a magical influence over people. They relate to it as a sacred, powerful, and living being outside of which man cannot exist. Nature serves as a source of absolute good who always helps man as long as he does not harm or oppose it.
Christianity was adopted by the Mari in the 16th century after their territory was incorporated into the Russian Empire during the reign of Ivan IV "the Terrible". Adoption of Christianity was not universal, however, and many Mari today still practice Paganism in syncretic forms, or purer forms adhering to organized Neopagan Mari Traditional Religion organizations. Pagans constitute a significant minority of 25 to 40% of the Mari. Most Mari are members of the Russian Orthodox Church. 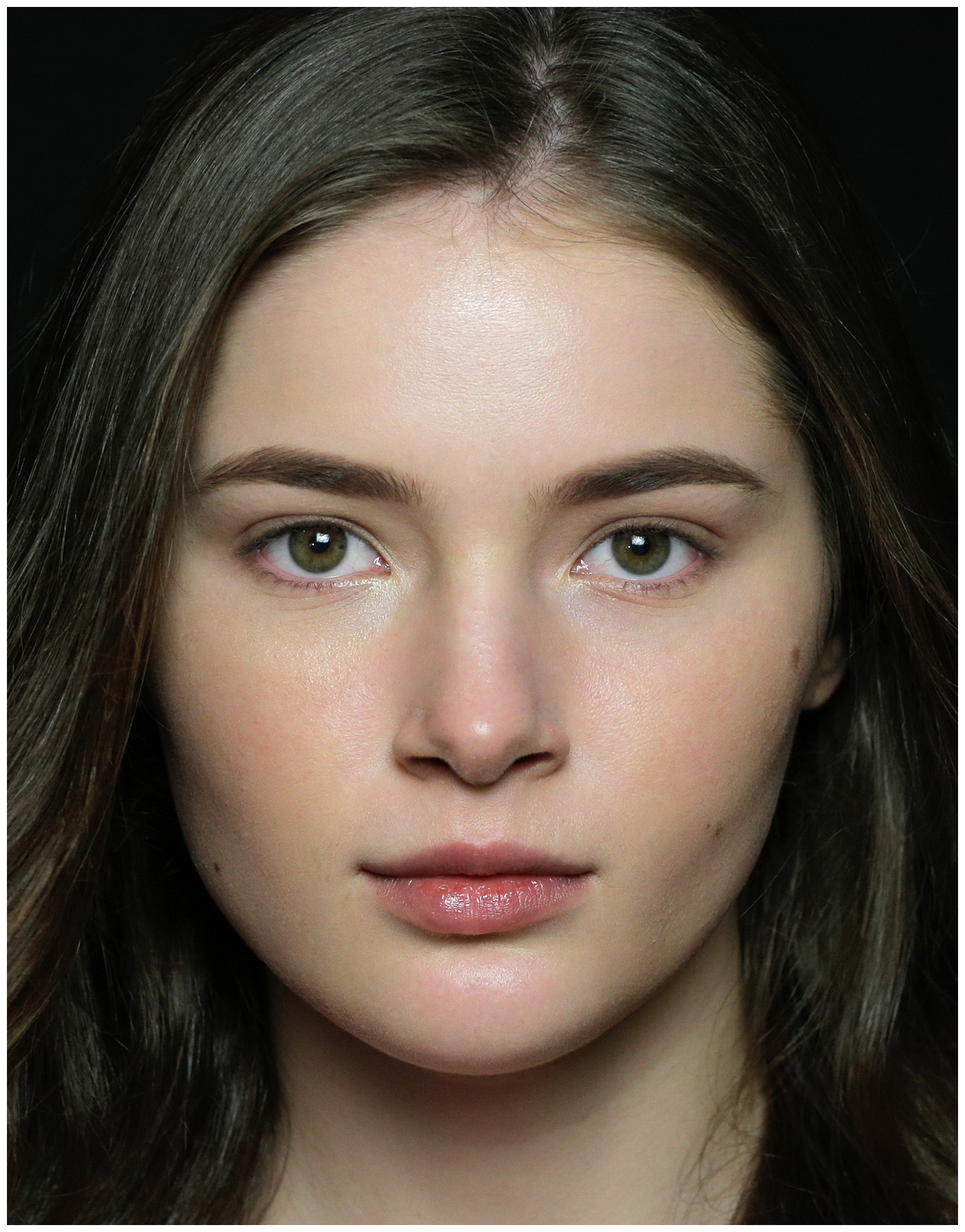 MOLDOVANs (in Moldovan/Romanian moldoveni pronounced [moldoˈvenʲ]; Moldovan Cyrillic: Молдовень) is a people in South-Eastern Europe, the main population of Moldova.
NUMBER: 3.35 million people
LOCATION: at present, Moldovans constitute the majority of the population (2.7 million people - 76.1%) of Moldova and a significant proportion of the population of Transnistria. They also live in Ukraine (258.6 thousand people) Dispersed in Russia (172.3 thousand people), Italy (68,591 thousand people), Romania and other countries.
ORIGIN: There are two distinguished stages in the ethnogenesis of Moldavians: the formation of an ethnic community of Vlachs - the common ancestors of all East-Romance peoples - and the formation of the Moldovan nationality. Vlachs formed in the area, covering the north of the Balkan Peninsula and the Carpathian Mountains, on the basis of a group of Thracian tribes that had undergone romanization in the first centuries AD, and then from the VI century established contacts with the settled Slavs in this region. As a nationality Moldovans were formed in the fourteenth and sixteenth centuries within the medieval Moldavian principality, which covered the territories of modern independent Moldova and Romanian Moldova. After 1859 the Moldavians of the western part of the Moldavian principality became part of the Romanian nation.
LANGUAGE: they speak Moldovan of Romance language group. In modern Moldavia the literary language does not differ from the Romanian, however in the vocabulary and phonetics of the spoken Moldovan language, especially some of its dialects, there are differences at the level of the local dialect. Moldovans living in Transnistria (32% of the republic's population) use Moldovan language based on Cyrillic. Among Moldovans, Russian and, to a lesser extent, Ukrainian languages ​​are also common.
RELIGION: The majority of Moldovan believers are Orthodox 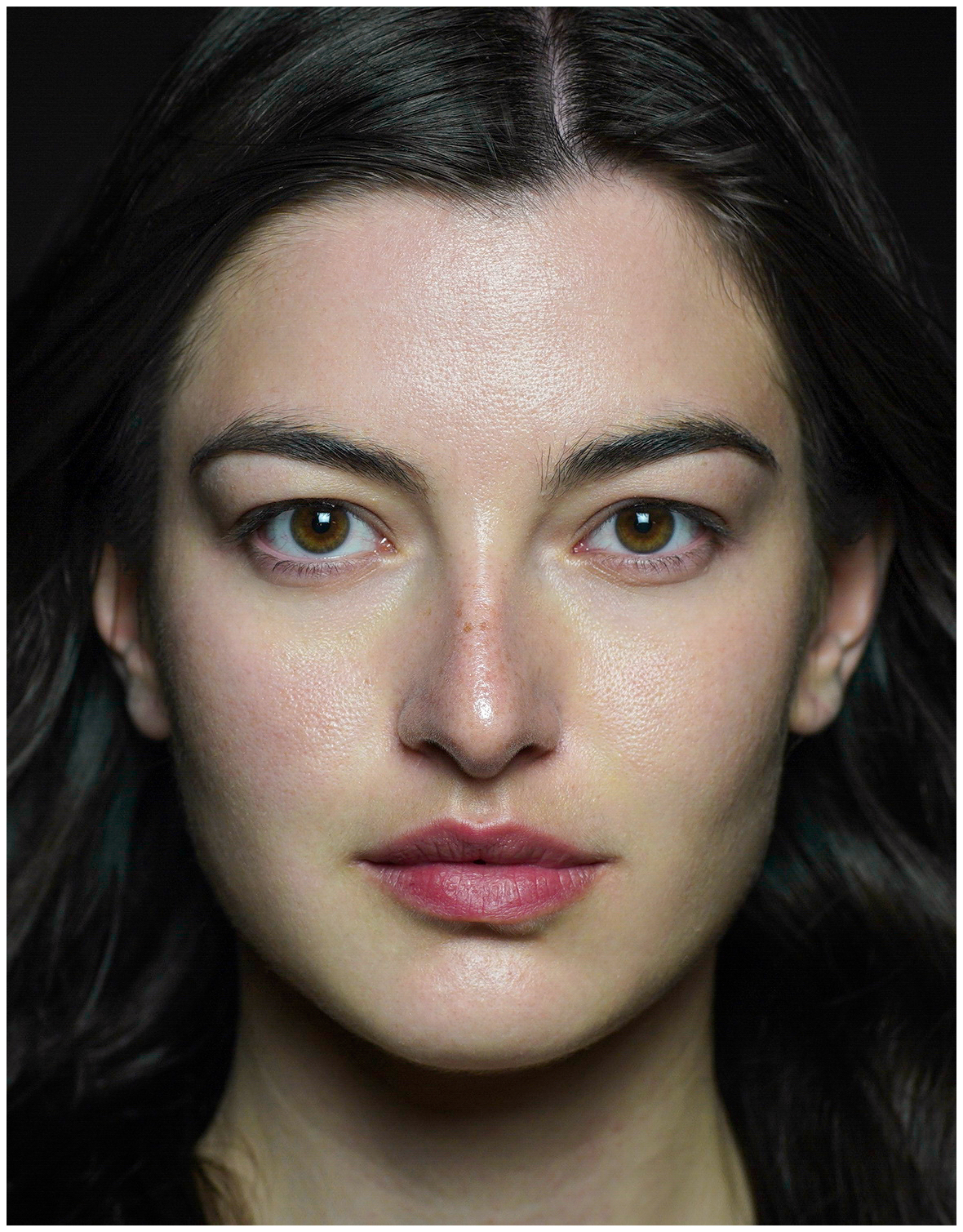 The Ossetians (Ossetian: ирæттæ, irættæ) are an Iranian ethnic group of the Caucasus Mountains, indigenous to the region known as Ossetia. They speak Ossetic, an Iranic language of the Eastern branch of the Indo-European languages family, with most also fluent in Russian as a second language. The Ossetians are mostly Eastern Orthodox Christian, with a Muslim minority.
The Ossetians mostly populate Ossetia, which is politically divided between North Ossetia–Alania in Russia, and South Ossetia, which since the 2008 South Ossetia war has been de facto independent from Georgia. 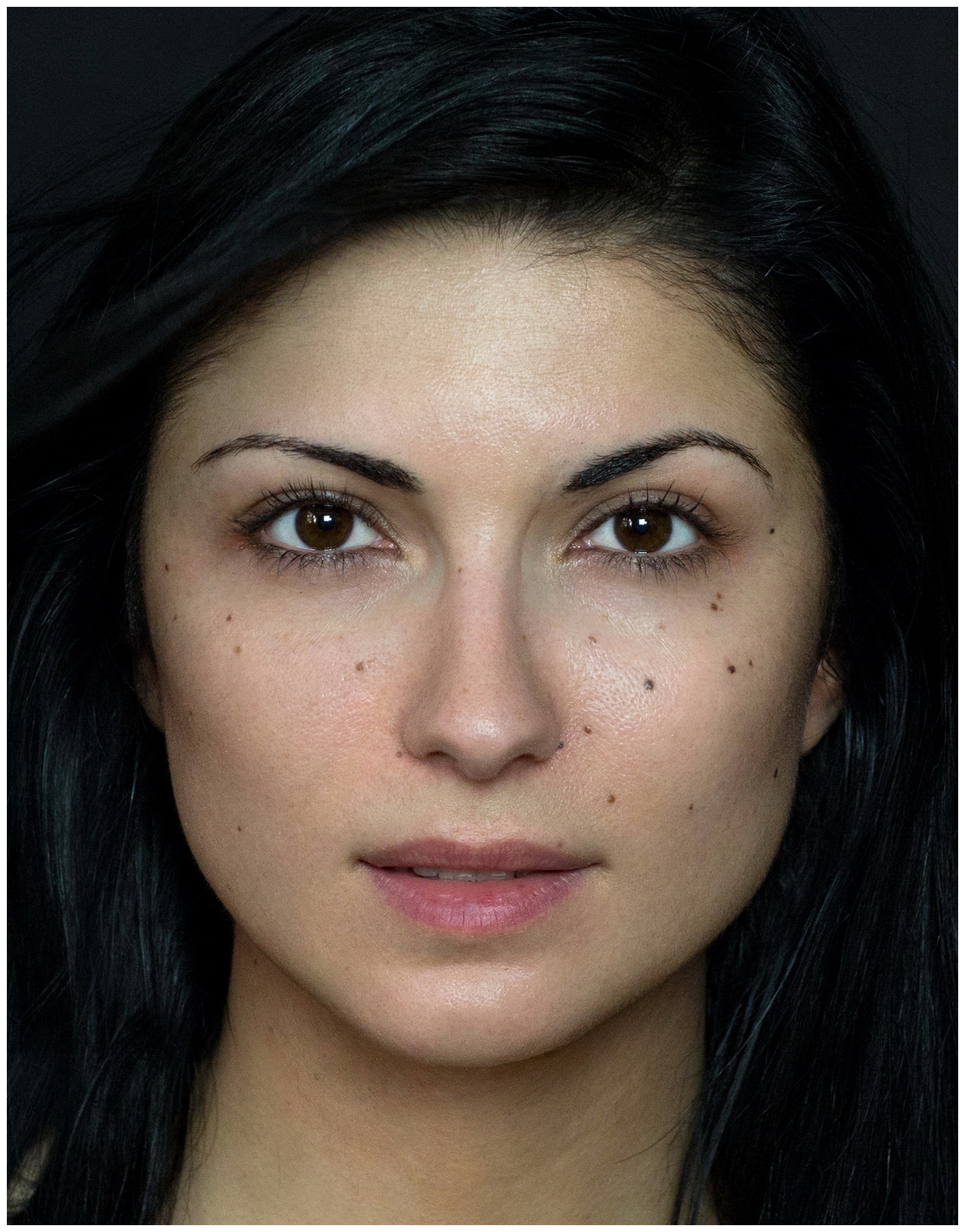 Romanians are natives of Romania that share a common Romanian culture, ancestry, and speak the Romanian language as a mother tongue. Under 89% of Romania's population identified as Romanian in the 2011 Romanian Census.
Most Romanians live in Romania, where they constitute a majority; Romanians also constitute a minority in the countries that neighbour Romania. Romanians can also be found in many countries, notably in Italy, Spain, the United States, Germany, France, Canada, the UK, the Netherlands, Austria, Switzerland, Sweden and Portugal.
The origins of the Romanian language, a Romance language, can be traced back to the Roman colonisation of the region. The basic vocabulary is of Latin origin, although there are some substratum words that are assumed to be of Dacian origin. Of all the Romance languages, in some respects, Romanian is the most conservative language, having retained, for example, the inflected structure of Latin grammar. Romanian's closest relative among the major Romance languages is Italian.
The vast majority are Eastern Orthodox Christians, belonging to the Romanian Orthodox Church. According to the 2011 census, 93.6% of ethnic Romanians in Romania identified themselves as Romanian Orthodox 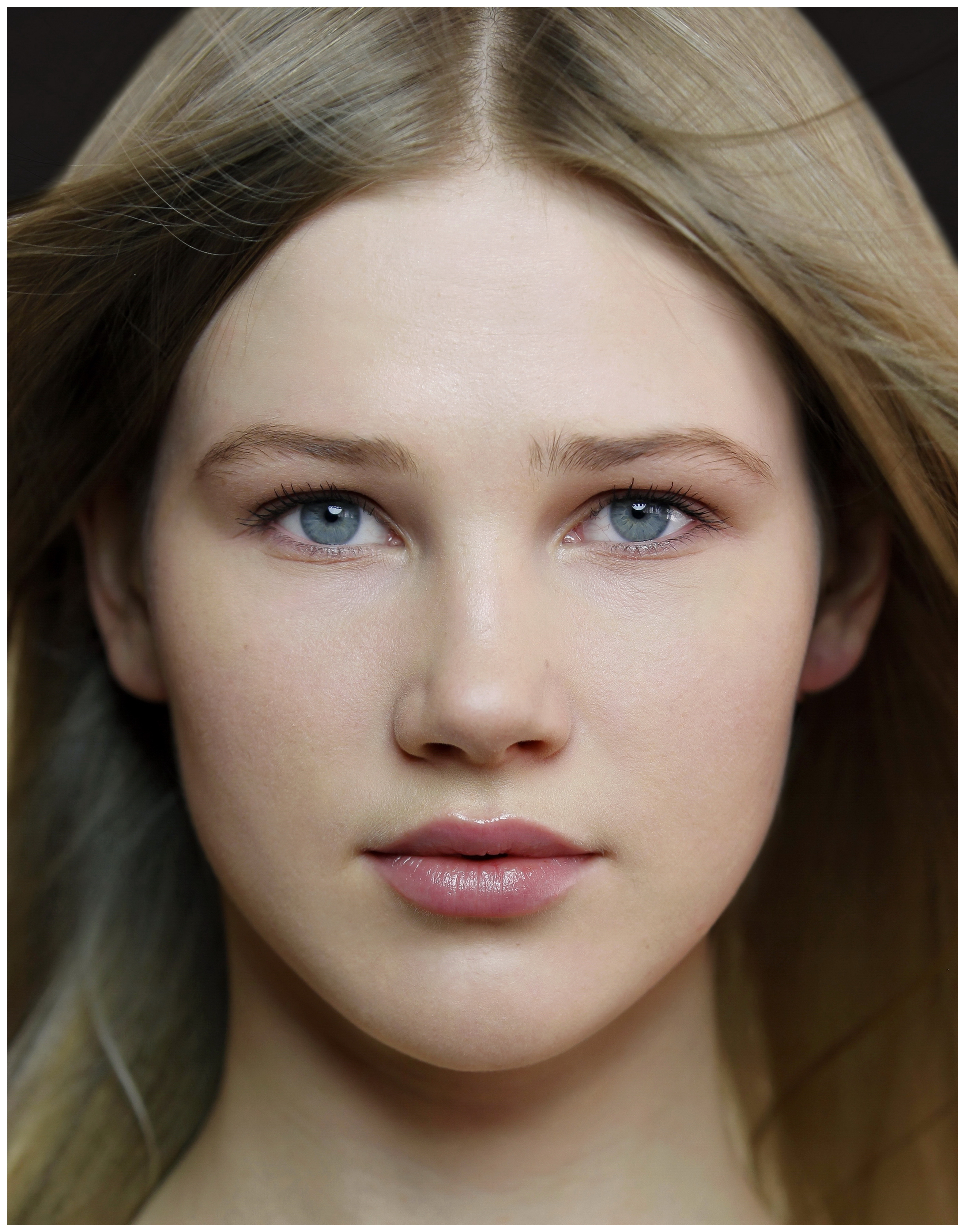 
Russians are an East Slavic ethnic group native to Eastern Europe, the most numerous ethnic group in Europe and one of the largest in the world with a population of about 140 million people worldwide. Roughly 116 million ethnic Russians live in Russia and about 16 million more live in the neighboring countries. A significant number of Russians, around 4,6 million, live elsewhere in the world, mostly in the Americas and Western Europe, but also in other places of Eastern Europe, Asia and elsewhere.
Russian language is the most geographically widespread language of Eurasia and the most widely spoken of the Slavic languages.
Russians are historically Orthodox Christians by religion. 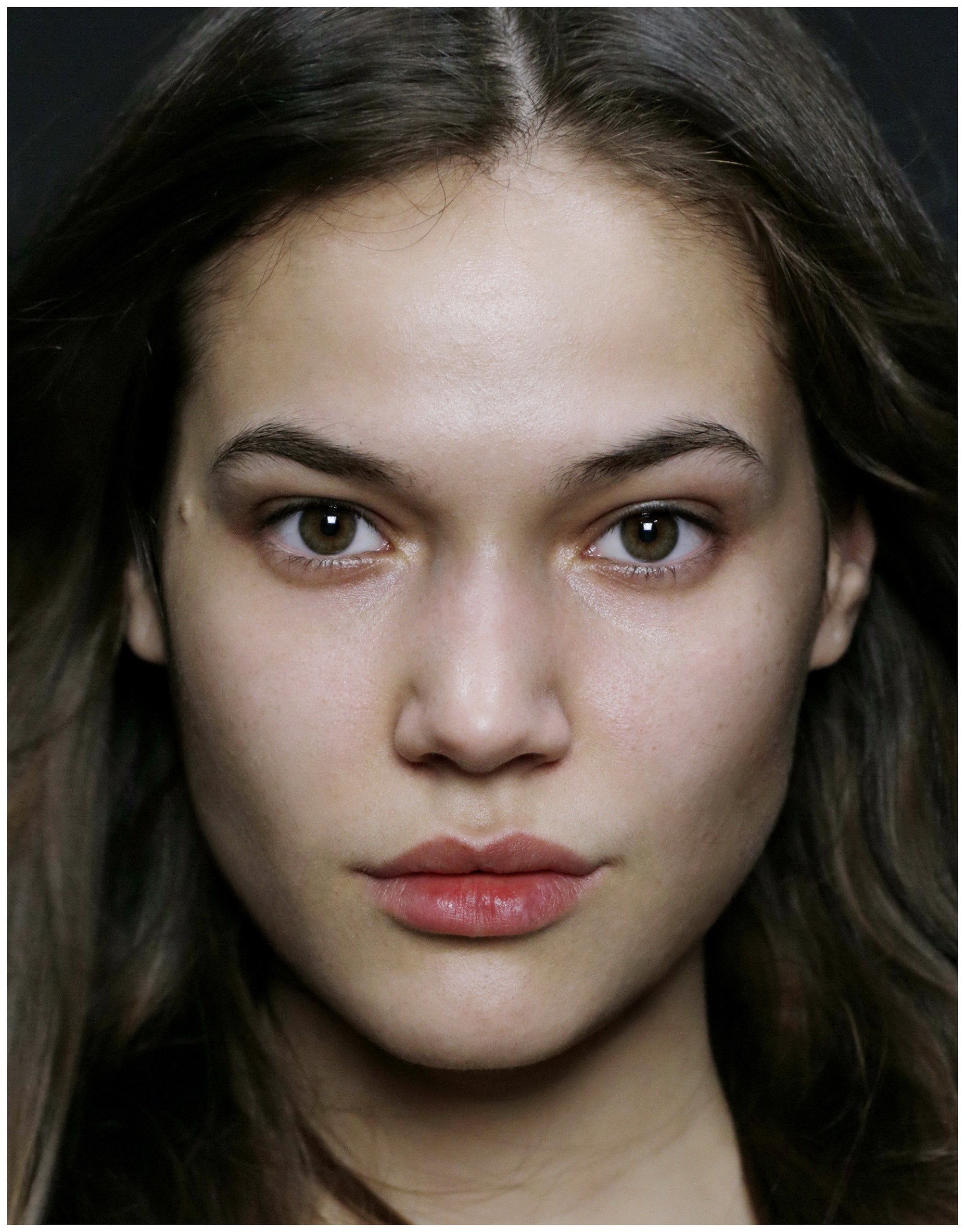 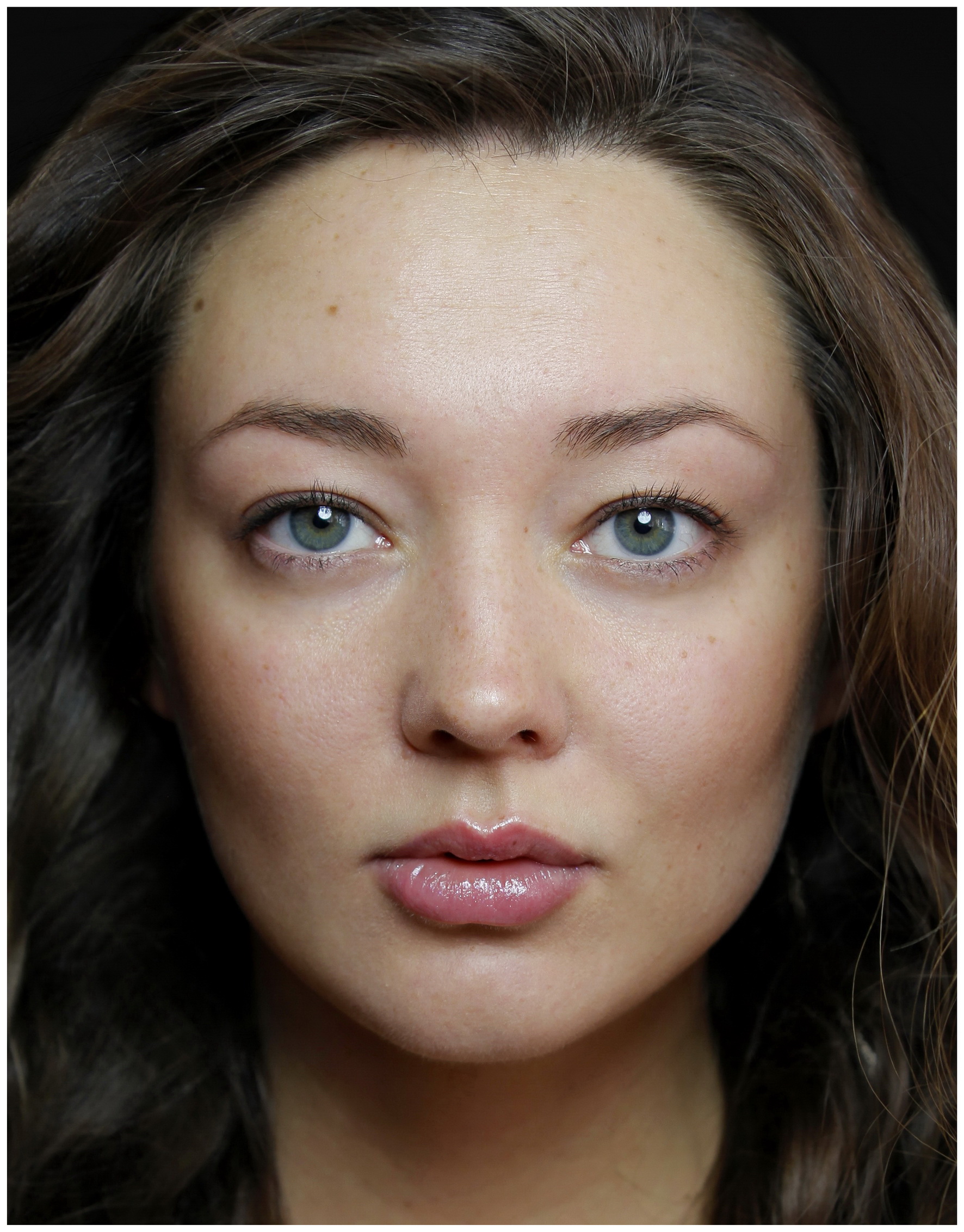 
Tatars are a Turkic people in Russia , the main population of Tatarstan .
Tatar language belongs to the Kipchak subgroup of the Turkic group of the Altaic family of languages and is divided into three dialects : Western ( Mishar ) , Kazan (middle) and the eastern dialect ( Siberian Tatar ) .
On religious grounds mainly Sunni Muslims 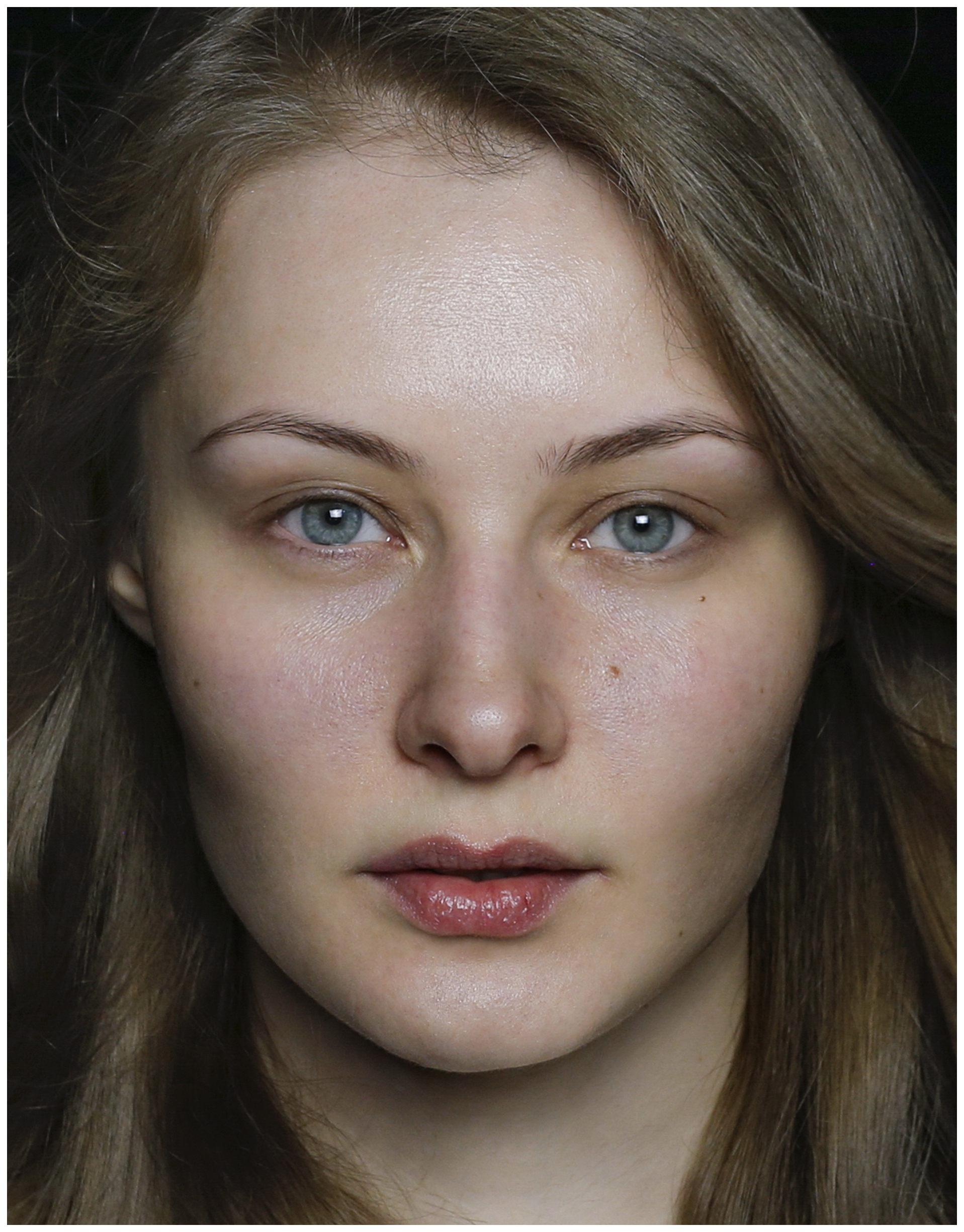 The Udmurts ( Udmurt: Удмуртъёс, Udmurt’jos; the outdated Russian name - votyaki, otyaki, ätya chud) are a Finno-Ugric people, mostly living in the Udmurt Republic and neighboring regions of Russia.
They speak Udmurt and Russian. 58.7% of Udmurts called their native language - Udmurt, which belongs to the Finno-Ugric group of the Ural family.
The main religion is Orthodox Christianity, in the countryside including the remnants of pre-Christian beliefs.
Many Udmurt people have red hair, and a festival to celebrate the red-haired people is held annually in Izhevsk since 2004 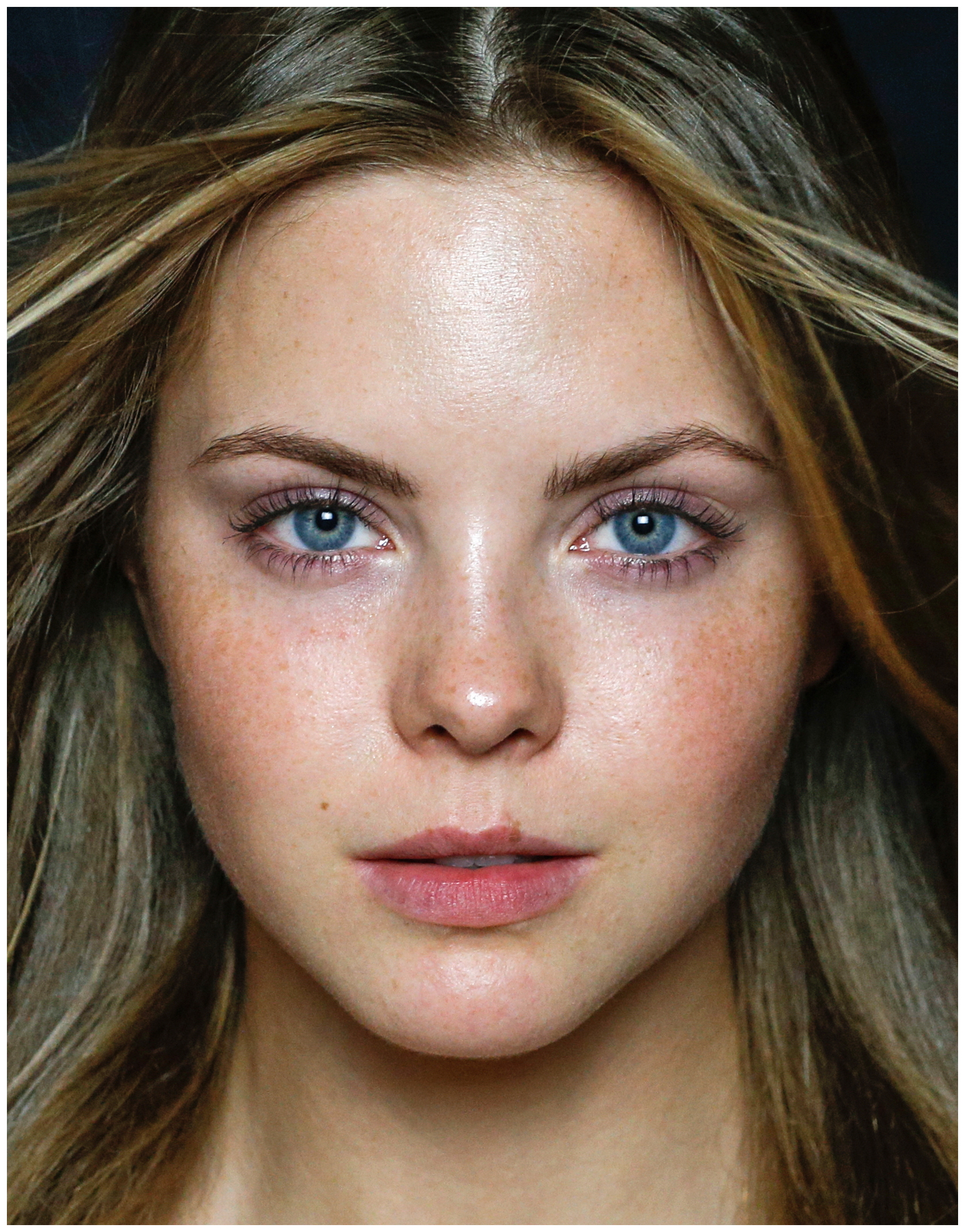 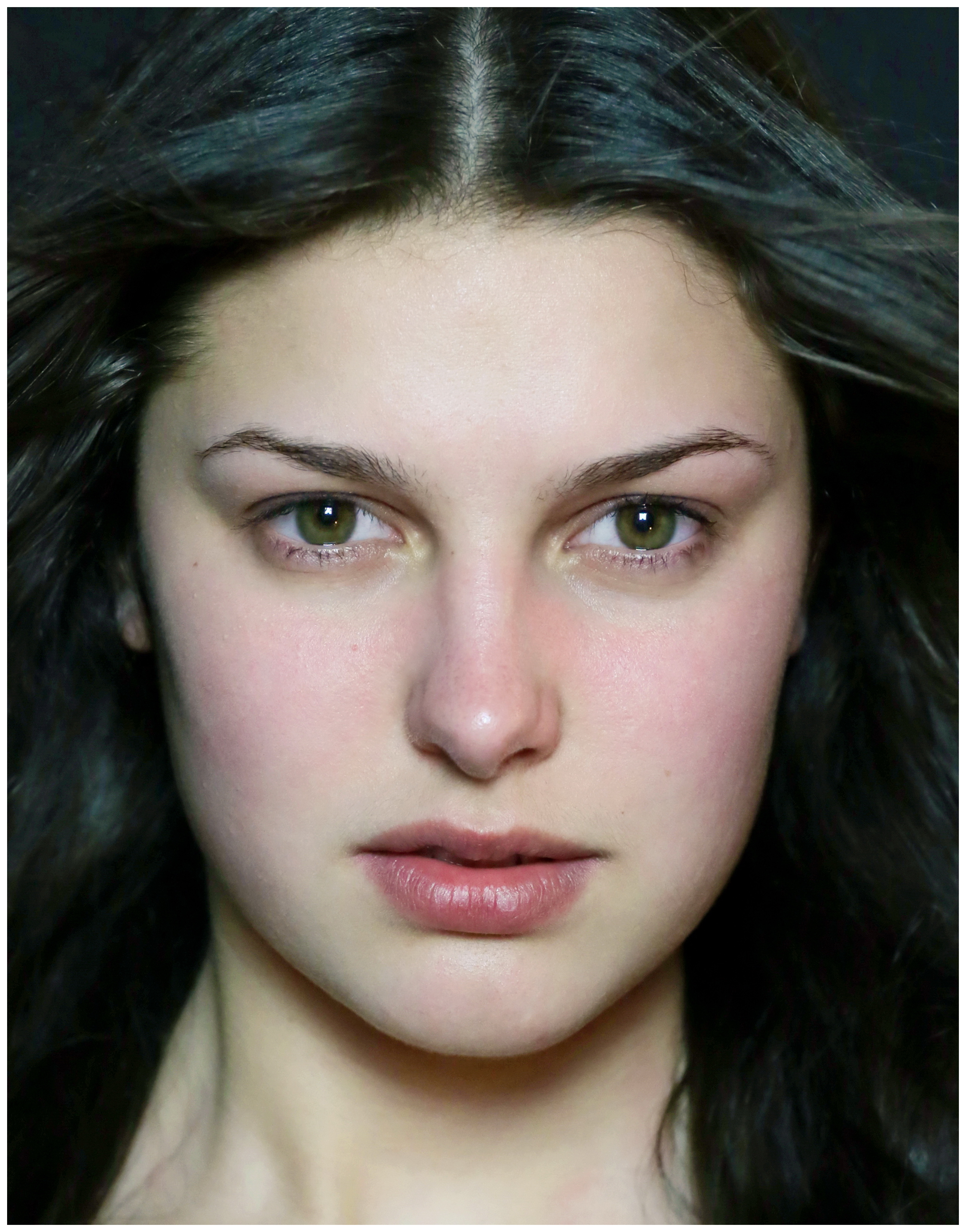 Ukrainians are an East Slavic ethnic group native to Ukraine, which is by total population the sixth-largest nation in Europe. Ukrainians live also in Russia, Kazakhstan, Moldova, Belarus and other countries of the former Soviet Union. There is also a large diaspora in the United States, Canada and other countries.
The word "Ukrainians" also means, more broadly, the citizens of Ukraine.
The Ukrainian language is the Slavic group of the Indo-European family.
Ukrainians are predominantly Orthodox Christians. In Western Ukraine there are also Catholics.
Among the Slavic peoples, the Ukrainian people is the third largest after the Russians and the Poles.
Ukrainians also include Polissian ethnographic groups (Polishchuk) and a number of Western ethnographic groups (Boyko, Hutsul, Lemkos). 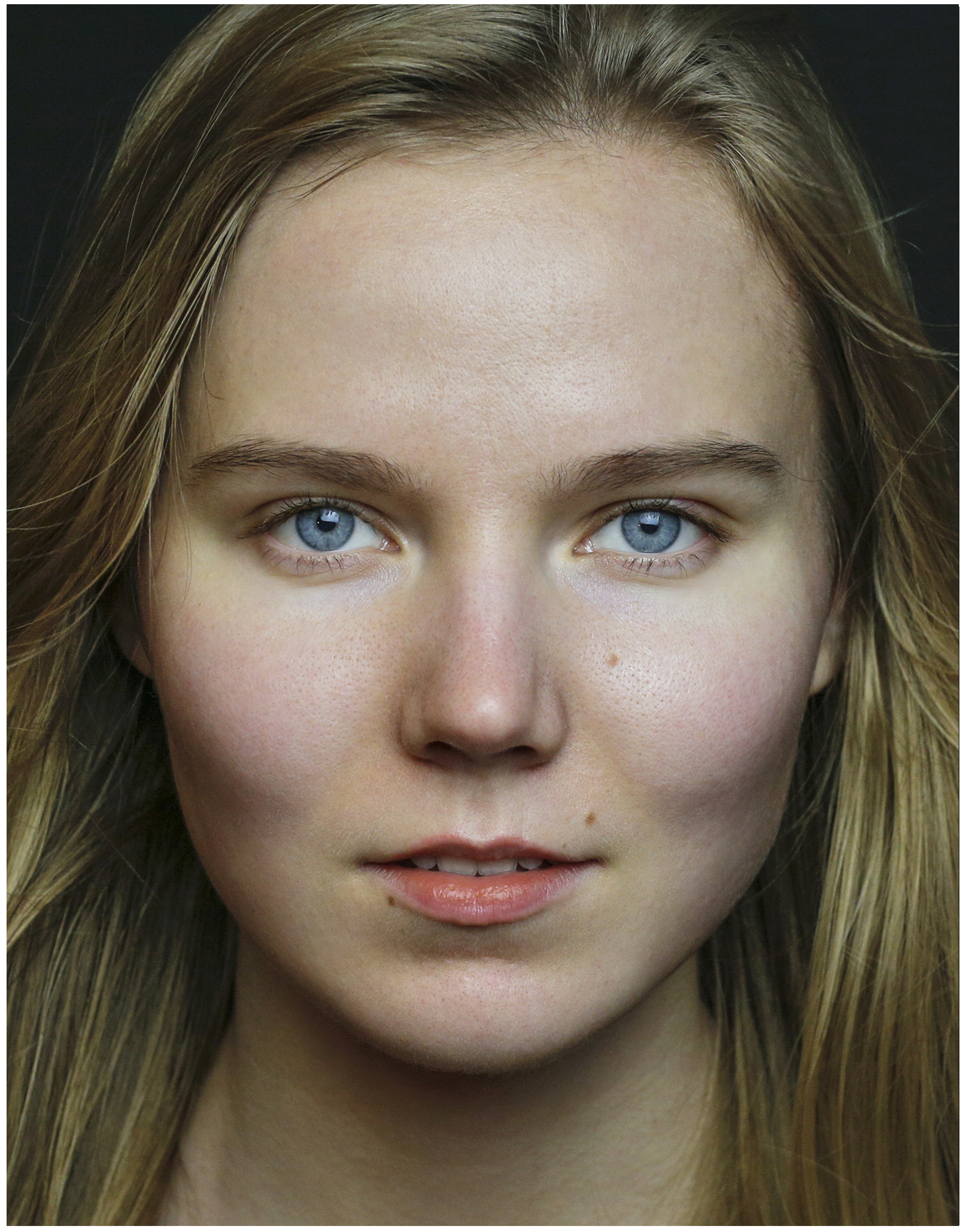 Veps, or Vepsians (Veps: vepsläižed), are a small Finno-Ugric people, who speak the Veps language, which belongs to the Finnic branch of the Uralic languages , traditionally living in the territory of Karelia, Vologda and Leningrad regions in Russia.
Nowadays, almost all Vepsians are fluent in Russian. The young generation in general does not speak their native language.
The Orthodoxy spread among the Veps in the 11th-12th centuries, but pre-Christian beliefs, for example, in the house-spirit (pert’ižand), were preserved for a long time; patients seek help from the healer (noid)