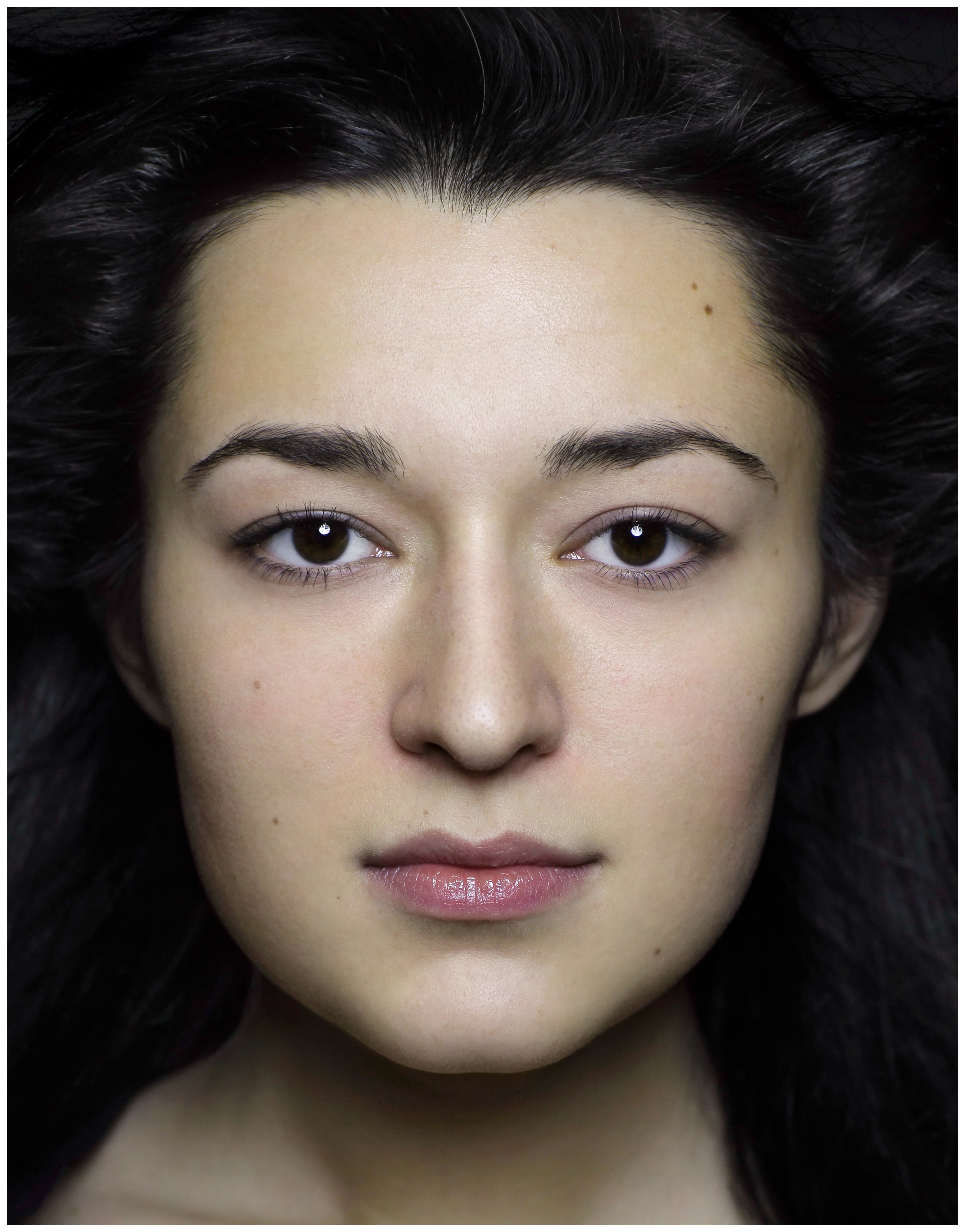 The Abazins (Abaza) - one of the oldest indigenous peoples of the Caucasus, belonging to the group of the Abkhaz-Adyghe peoples.
Population: about 45 000
Location: live in the Russian Federation, the most compact in the Karachay-Cherkessia. An Abazin diaspora exists in Turkey, Egypt, Jordan, Syria, and other Islamic countries, most of which are descendants of refugees from the Caucasian War (1829-1864) with the Russian Empire.
Language: Abazins speak the Abaza language of the Abkhaz-Abaza Adyghe group North Caucasus family, which has two dialects - tapantsky (lies at the heart of the literary language) and ashharsky. Script based on the Cyrillic alphabet. Most Abazins of Russia also knows Kabardino-Circassian (Adyghe) and Russian languages
Religion: the majority Sunni Muslims
Interesting facts: In 2002, the Guinness World Record reported that the Abaza language is the most complex language of the world! The second is Chinese. Next come the Chippewa and Haida languages (North American Indian languages), Tabasaran language (one of the many languages of Dagestan), Japanese. 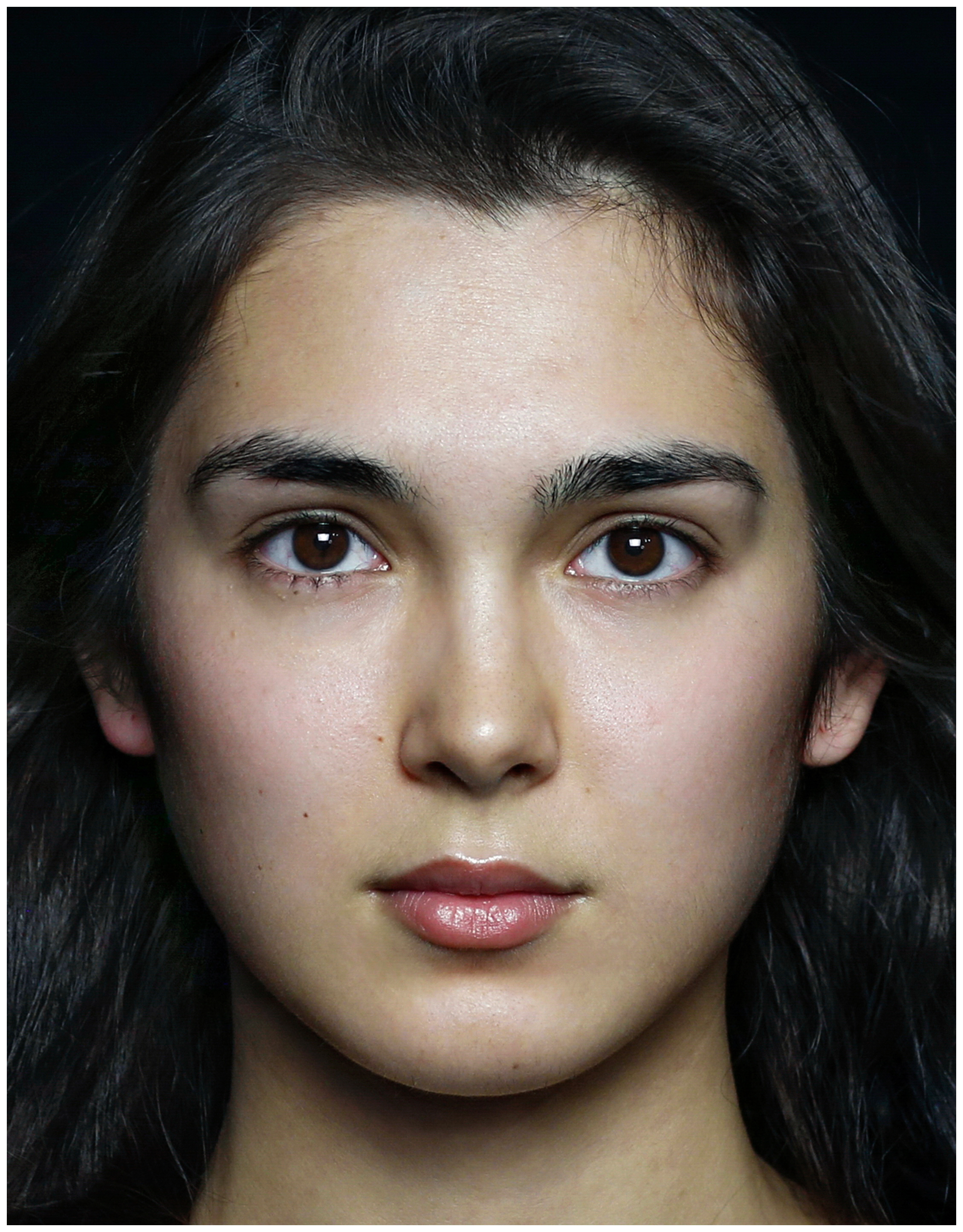 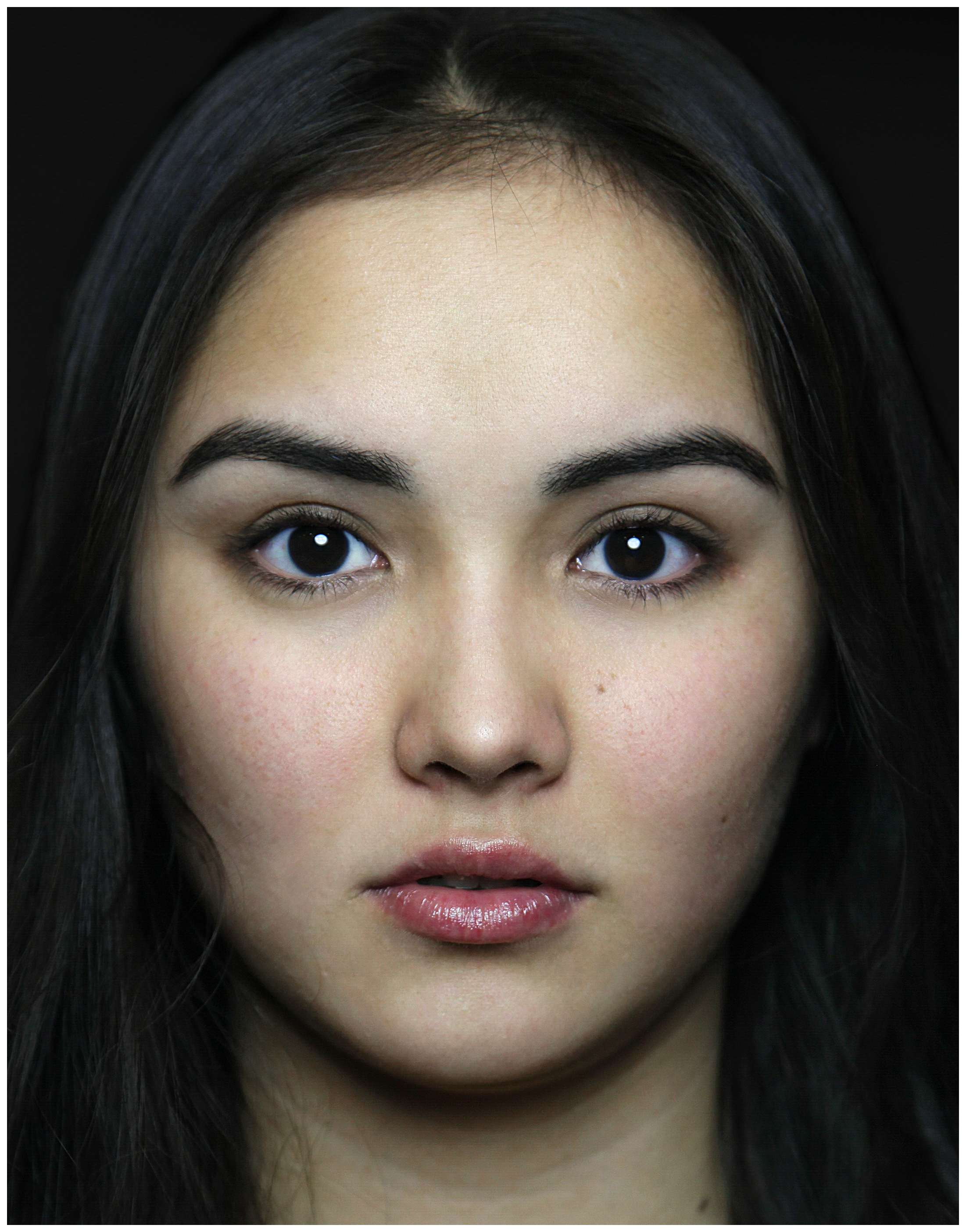 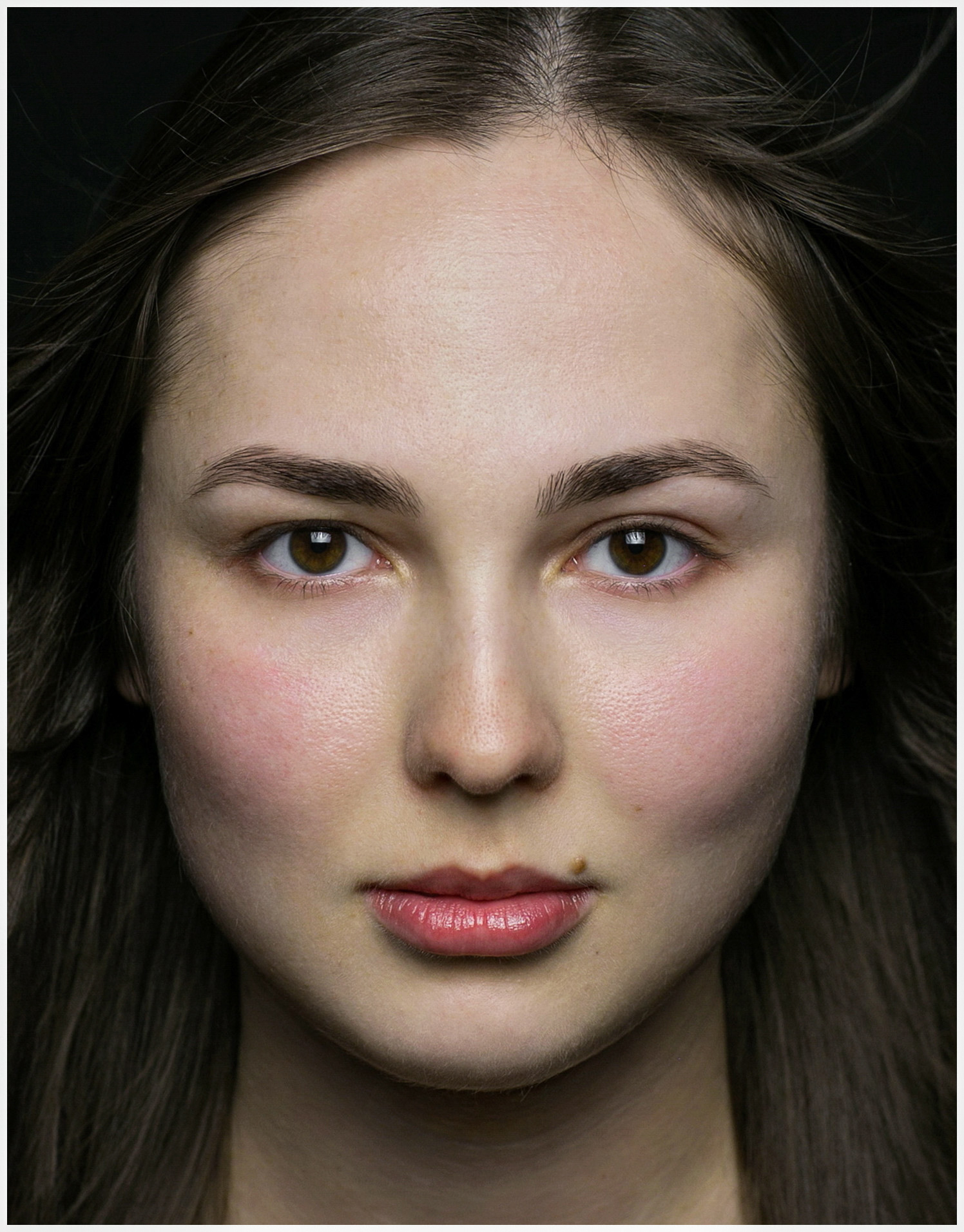 The Bashkirs (Bashkir: Башҡорттар, Başqorttar) are a Turkic people indigenous to Bashkortostan extending on both sides of the Ural Mountains, on the place where Europe meets Asia. Groups of Bashkirs also live in the republic of Tatarstan, Perm Krai, Chelyabinsk, Orenburg, Tyumen, Sverdlovsk, Kurgan, Samara and Saratov Oblasts of Russia, as well as in Kazakhstan, Ukraine, Uzbekistan and other countries. They speak the Bashkir language, pertaining to Kypchak branch of the Turkic languages. The Bashkirs are mainly Sunni Muslims of the Hanafi madhhab.
The ethnic Bashkir population is estimated at roughly 2 million people (2009 SIL Ethnologue), of which about 1.4 million speak the Bashkir language, a Turkic language of the Kypchak group. The Russian census of 2002 recorded 1.38 million Bashkir speakers in the Russian Federation. Most Bashkirs are bilingual in Bashkir and Russian.
The 2010 Russian census recorded 1,172,287 ethnic Bashkirs in Bashkortostan (29.5% of total population). 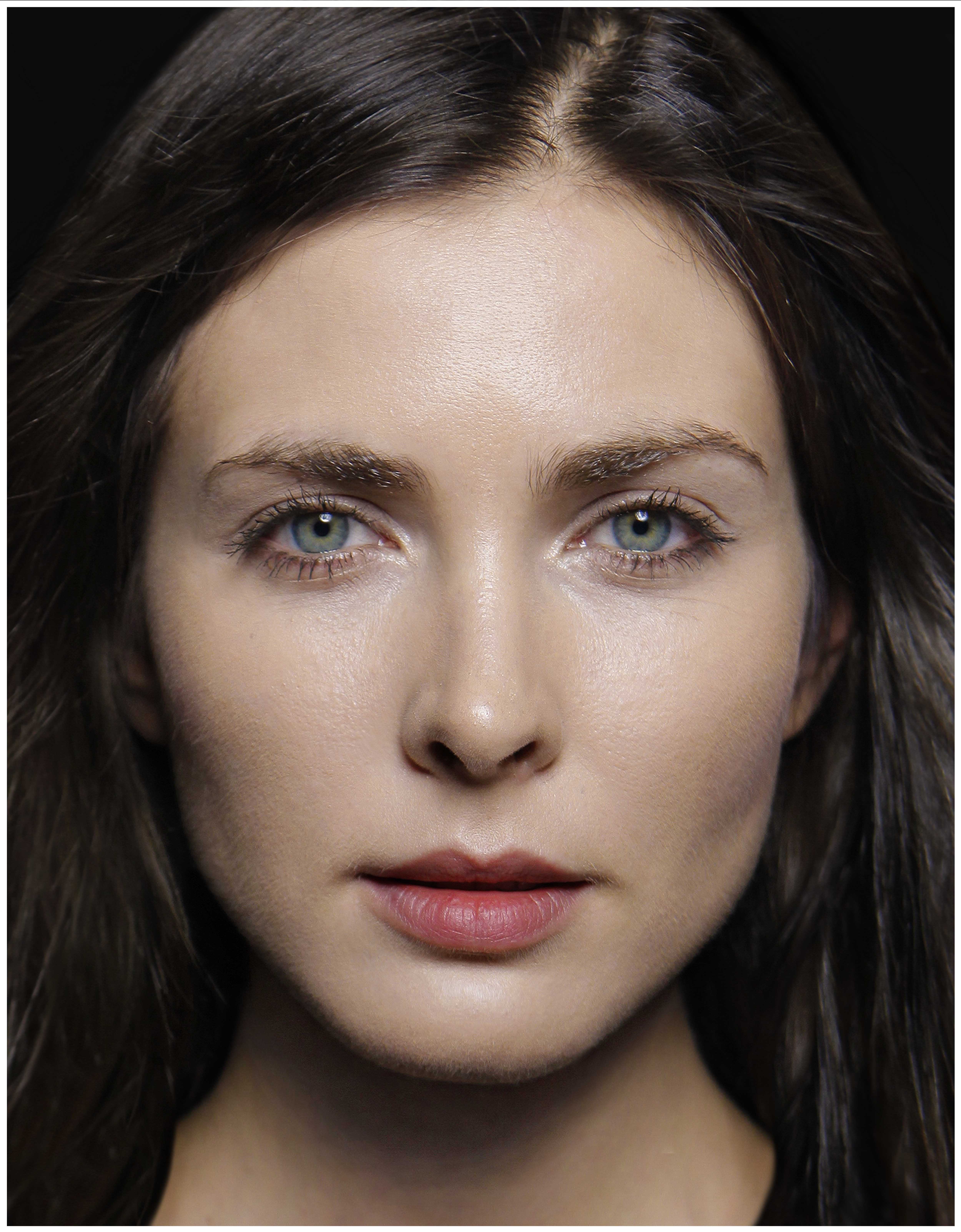 Belarusians (Belarusian: беларусы biełarusy, Russian: белорусы byelorusy) are an East Slavic ethnic group who populate the majority of the Republic of Belarus. There are over 8 million people who associate themselves with the Belarusian nationality today. 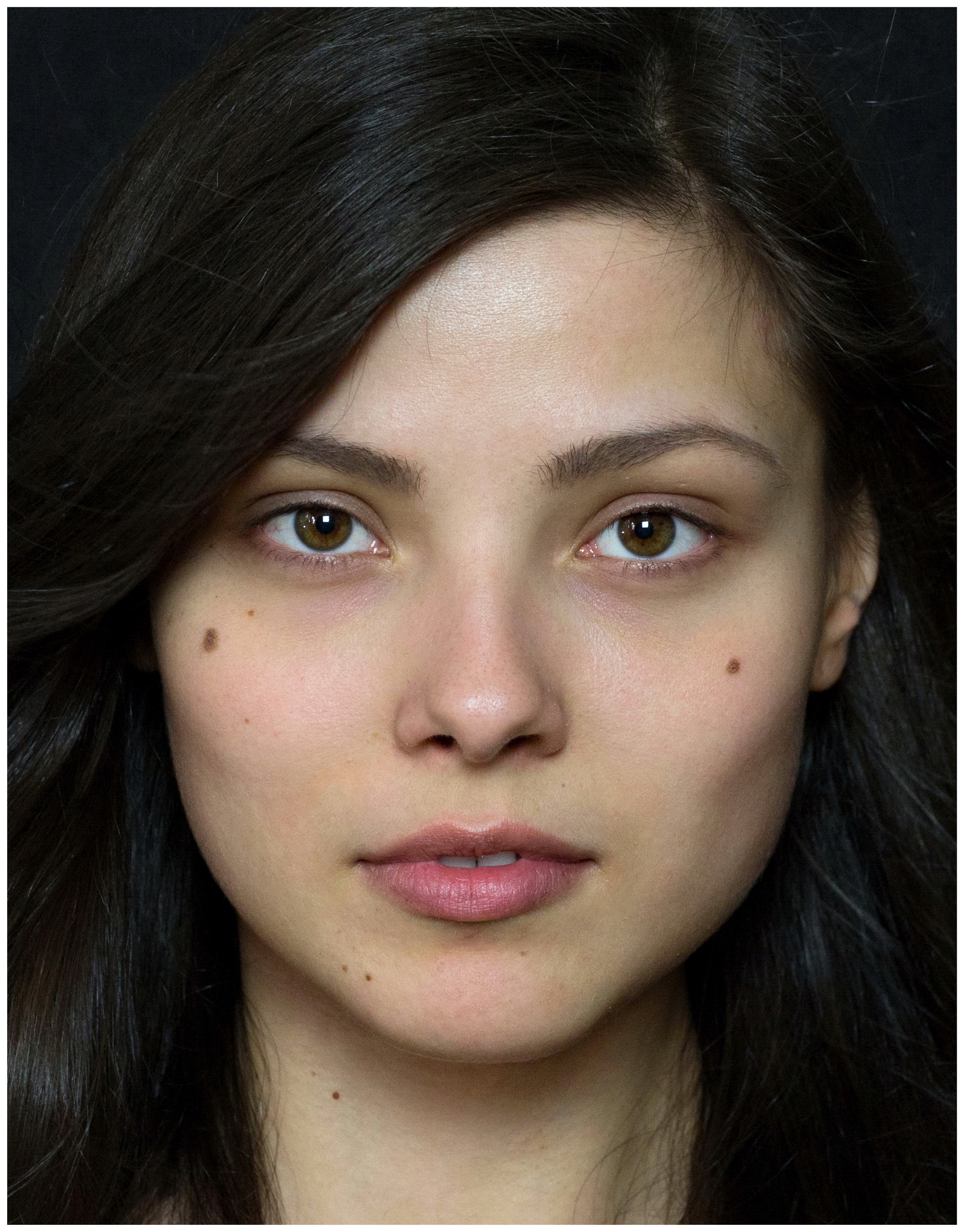 Bulgarians (Bulgarian: българи, Bǎlgari, IPA: [bɤ̞ɫɡɐri]) are a South Slavic ethnic group who are native to Bulgaria and its neighboring regions.
Bulgarians are a people that arose in the era of the early Middle Ages as a result of the merger of the Bulgars and the Balkan peoples, especially the Thracians. Its name was derived from the Bulgars. The main population of Bulgaria. They also live in Ukraine, Odessa region. In Moldova, in the border regions of Serbia, Romania, Greece, Turkey, Macedonia, as well as in the USA, Canada, Australia and South America.
The total population of Bulgaria is about 7.2 million people. (year 2012)about 6 millions of them are ethnic Bulgarians.
Language is Bulgarian.
The majority of believers are Orthodox, there are also Catholics and Protestants, Pomaks, Muslims. 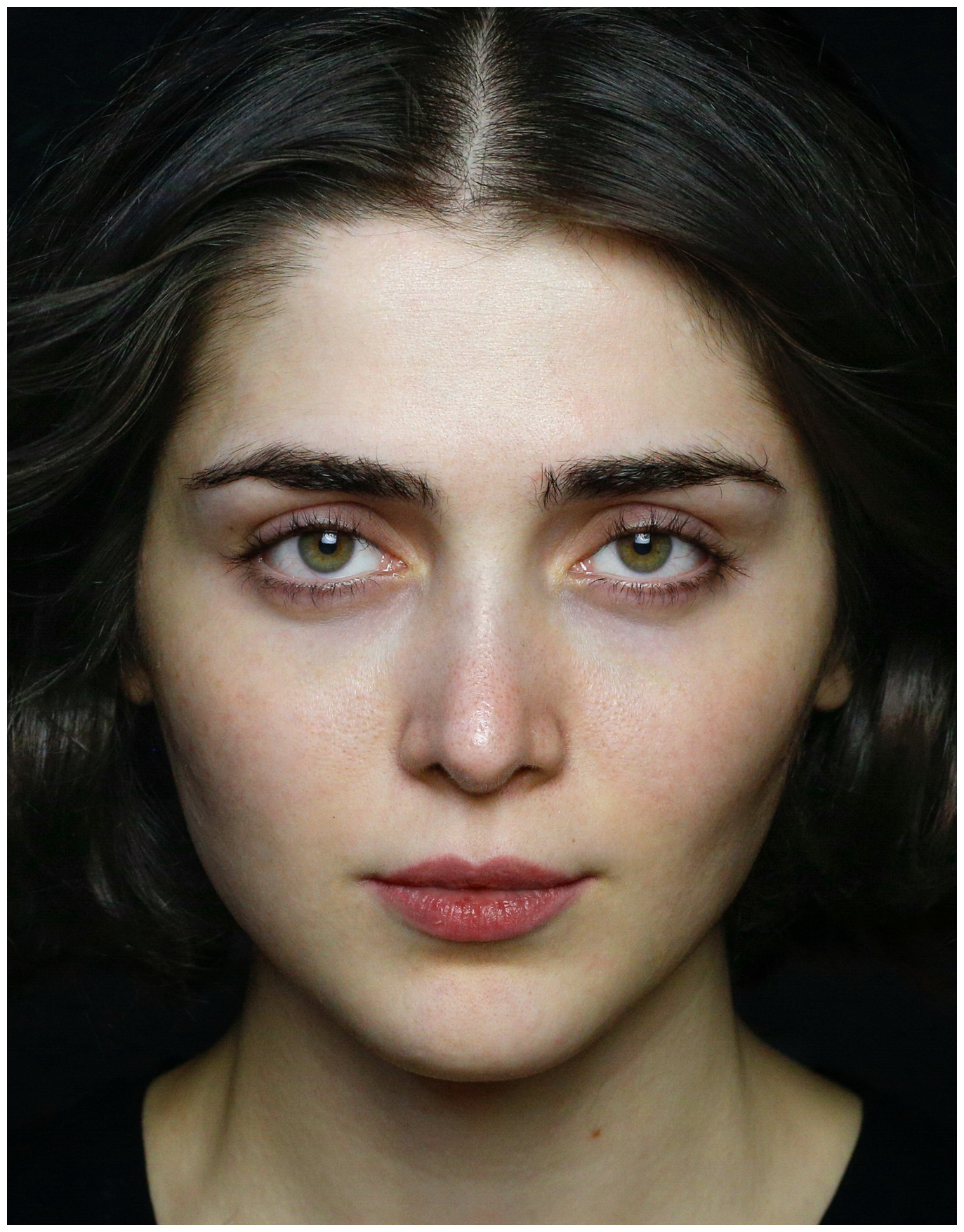 Chechens (English pronunciation: /tʃʼɛtʃɛn/, Chechen: Hохчий Noxçiy) constitute a native Northeast Caucasian ethnic group of the Nakh peoples originating in the North Caucasus region of Eastern Europe. The majority of Chechens today live in the Chechen Republic, a subdivision of the Russian Federation. Chechen society has traditionally been egalitarian and organized around many autonomous local clans, called teips.
The main language of the Chechen people is Chechen. Chechen belongs to the family of Nakh languages (Northeast Caucasian languages).
Chechnya is predominantly Muslim. Chechens are overwhelmingly adherents to the Shafi'i Madhhab of Sunni Islam, the republic having converted to Islam between the 16th and the 19th centuries. 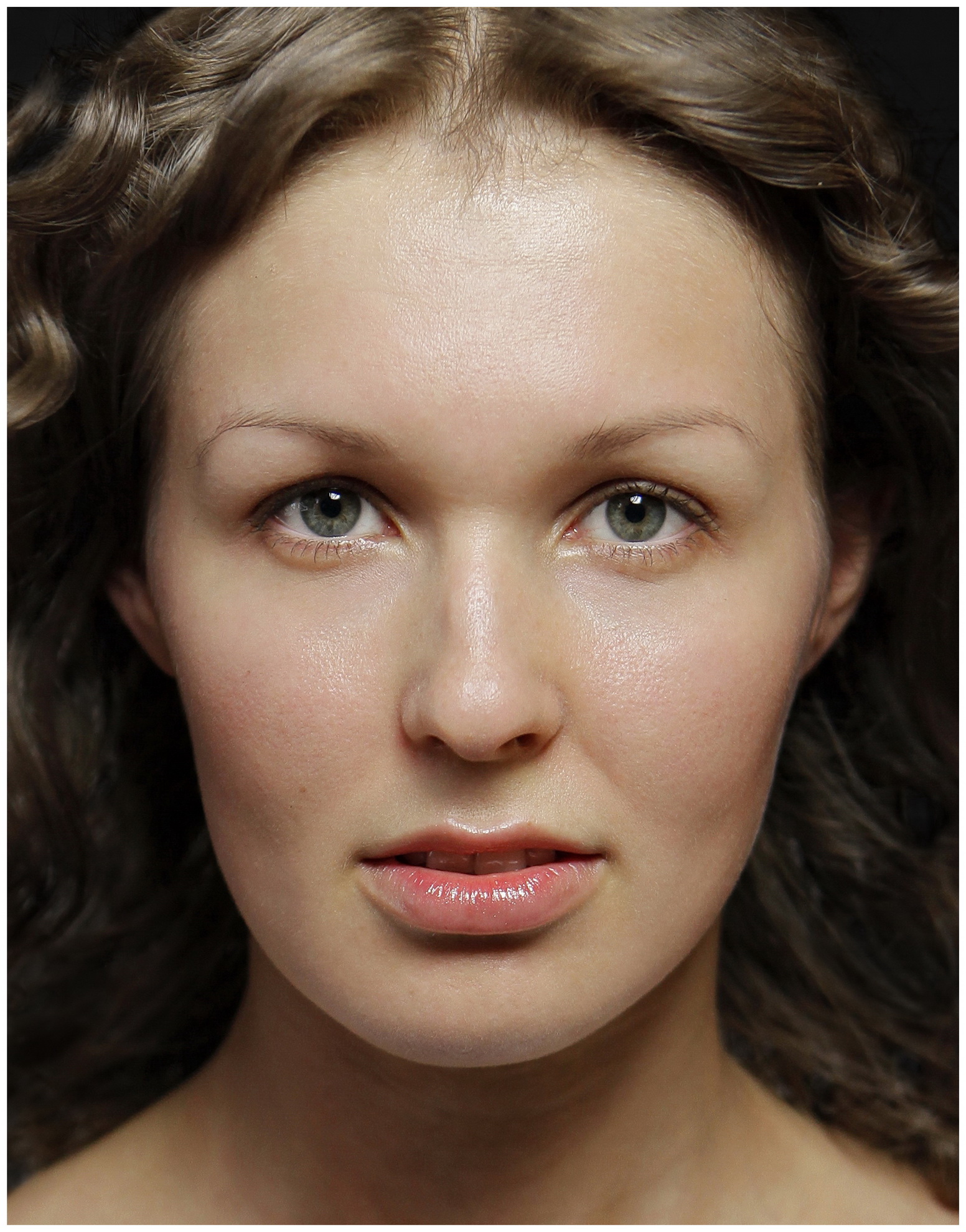 
The CHUVASH people is an ethnic group of the Suar and Old Bulgar origin, the main population of the Chuvash Republic (part of Russian Federation).
POPULATION: approximately 1.5 million.
LANGUAGE: Chuvash language holds an important part among Turkic languages and is the only survivor of the Bulgar branch of the Turkic languages.
RELIGION: mainly Orthodox Christianity. There are also representatives of pre-Christian traditions and of Islam. 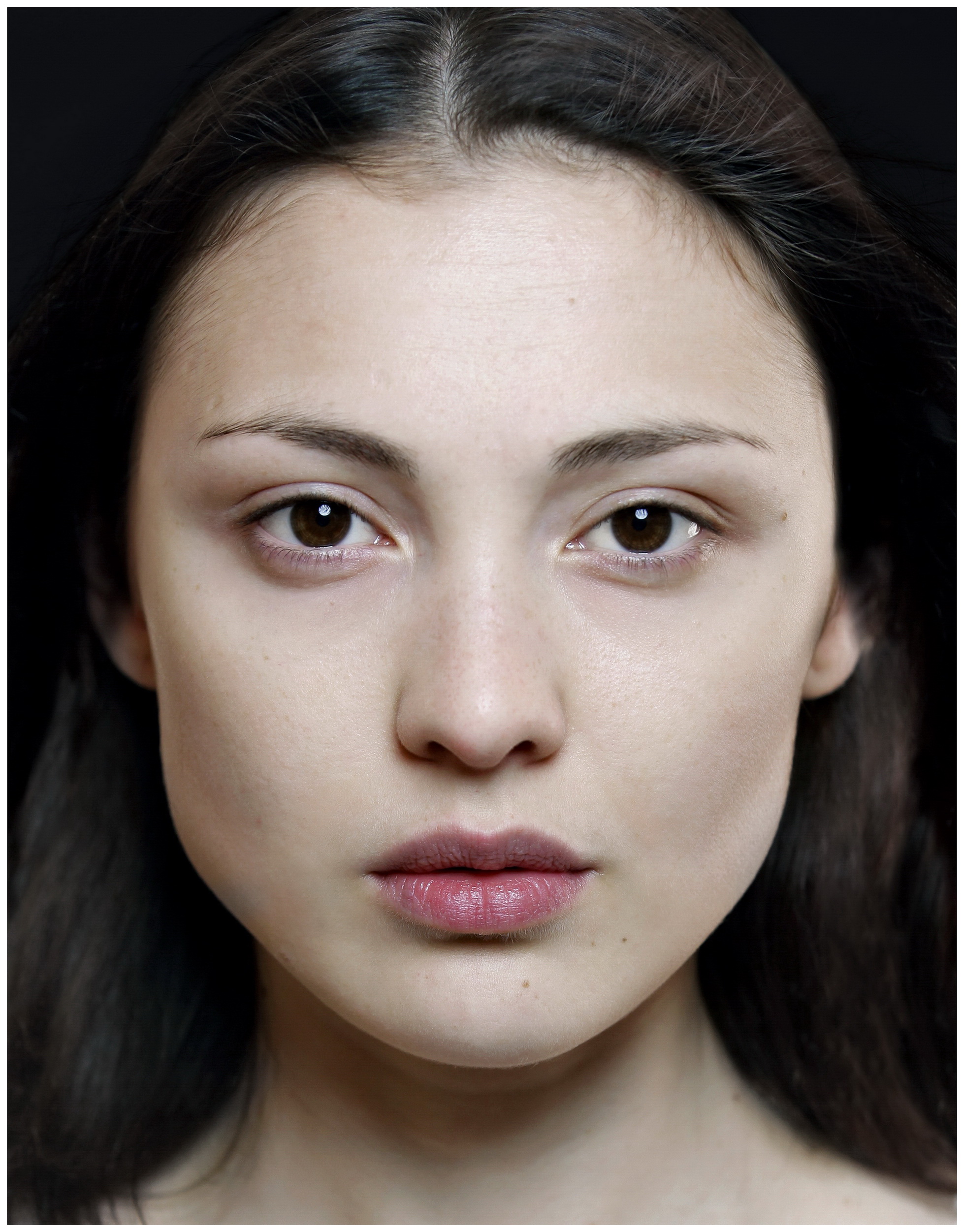 The Circassians are a North Caucasian ethnic group native to Circassia, who were mostly displaced in the course of the Russian conquest of the Caucasus in the 19th century, especially after the Russian–Circassian War of 1862. Despite the term "Adyghe" (Адыгэ) includes Kabardians in addition to the West Circassian-speaking people in history, the term "Circassian" is referred to include any people of Pontic-speaking Northwest Caucasian (Ubykh, Adyghe, Abkhaz, and Abaza) descent who have strong genetic and cultural affinity. However, other North Caucasians, namely the Vainakh, Ossetian, Karachay, Balkar as well as the Daghestani (particularly non-Turkic Caucasian Avars, Dargins, Lezgians, and Laks) were also considered to be Circassian in the Ottoman Empire and Persia.
The Adyghe mainly speak the Adyghe language, a Northwest Caucasian language with numerous dialects. The Adyghe also speak Turkish and Arabic in large numbers and various other languages of the Middle East, having been exiled by Russia to lands of the Ottoman Empire, where the majority of them today live, and to a lesser extent neighboring Persia, where most of them came either deported en masse by the Safavids and Qajars, or to a lesser extent as muhajirs in the 19th century like in Ottoman Turkey. The predominant religion amongst Circassians is Sunni Islam.
There remain about 700,000 Circassians in historical Circassia (the republics of Adygea, Kabardino-Balkaria, Karachay-Cherkessia, and the southern half of Krasnodar Krai), as well as a number in the Russian Federation outside these republics. The 2010 Russian Census recorded 718,727 Circassians, of which 516,826 are Kabardians, 124,835 are Adyghe proper, 73,184 are Cherkess and 3,882 Shapsugs.
The Unrepresented Nations and Peoples Organization estimates that there are as many as 3.7 million "ethnic Circassians" in the diaspora outside the Circassian republics (meaning that only one in seven "ethnic Circassians" lives in the homeland), of whom about 2 million live in Turkey, 700,000 in the Russian Federation, about 150,000 in the Levant and Mesopotamia, and about 50,000 in Europe and the United States.
Total number: about 3,7 millions 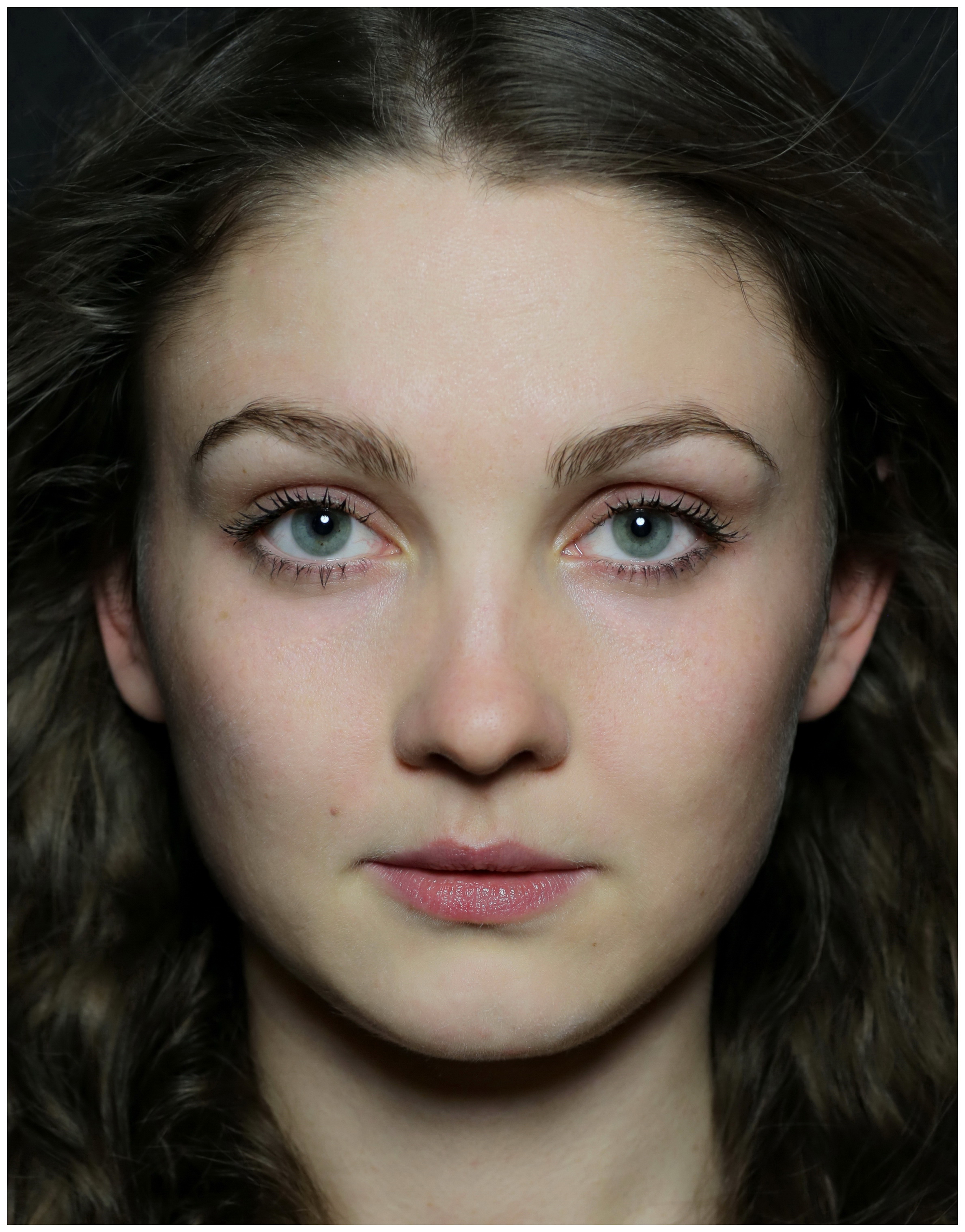 Cossacks are one of the peoples of the Northern Black Sea area, the Don and the North Caucasus.
The number in Russia: about 140 thousand people
The Cossacks were considered as a separate Slavic ethnic group, before official registration in Russian as an estate in 1834.
Nowadays , the Cossacks consider themselves differently: some - like a sub-ethnic group of Russian people, others - as a separate ethnic group. 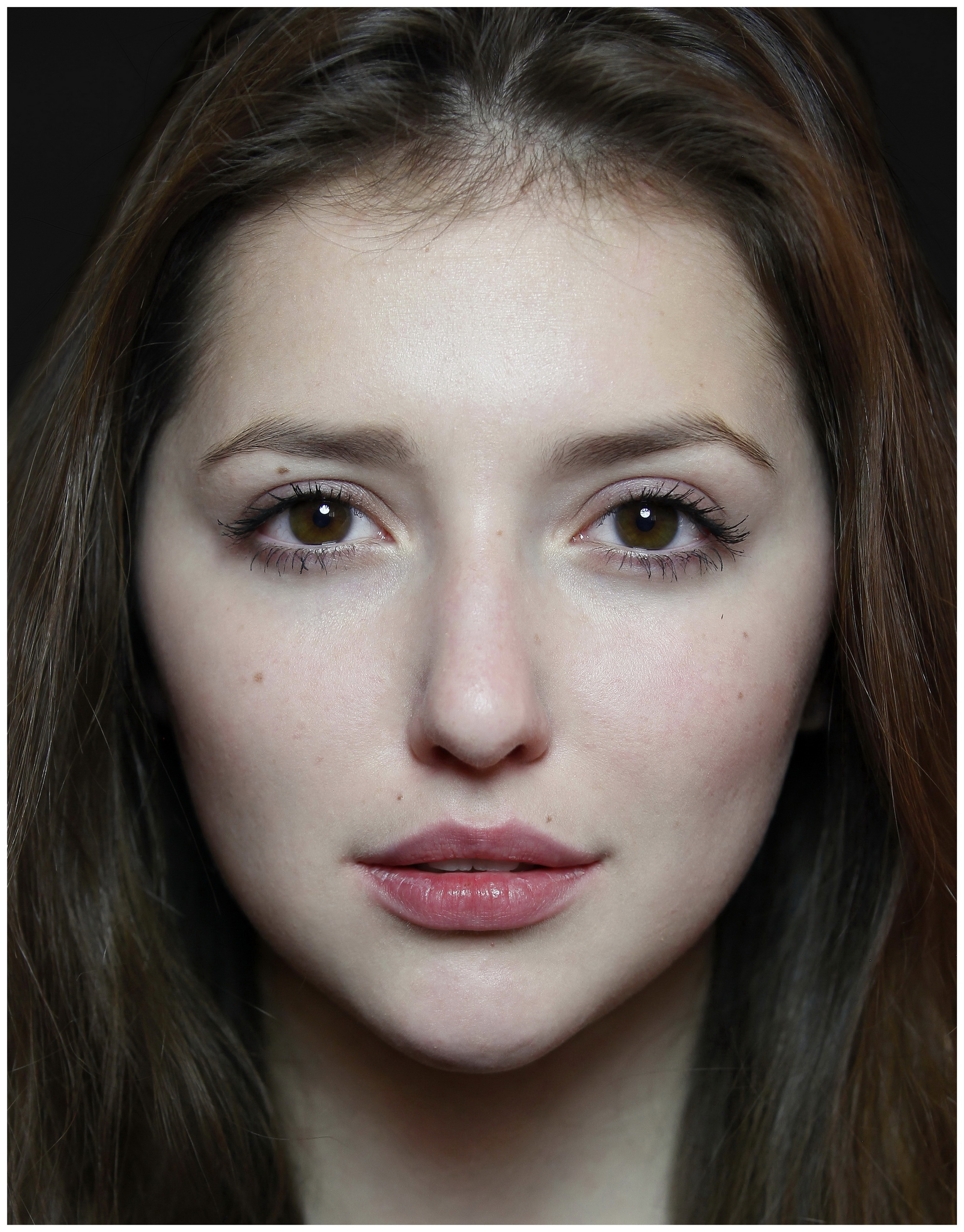 Crimean Tatars (Crimean Tatar: Qırımtatarlar or Qırım, Qırımlı, Russian: Крымские татары, Ukrainian: Кримськi татари) are a Turkic ethnic group native to the Crimean peninsula. They formed the majority population in Crimea from the time of their ethnogenesis in the 15th century until their 1944 deportation under Soviet rule.
Crimean Tatars were allowed to return to Crimea in the late 1980s, where they now form a 12% minority. There remains a large diaspora of Crimean Tatars in Turkey and Uzbekistan.
The Crimean Tatars emerged as a nation at the time of the Crimean Khanate, an Ottoman vassal state during the 15th to 18th centuries and one of the great centers of slave trade to the Ottoman Empire. The Turkic-speaking population of the Crimea had mostly adopted Islam already in the 14th century, following the conversion of Ozbeg Khan. 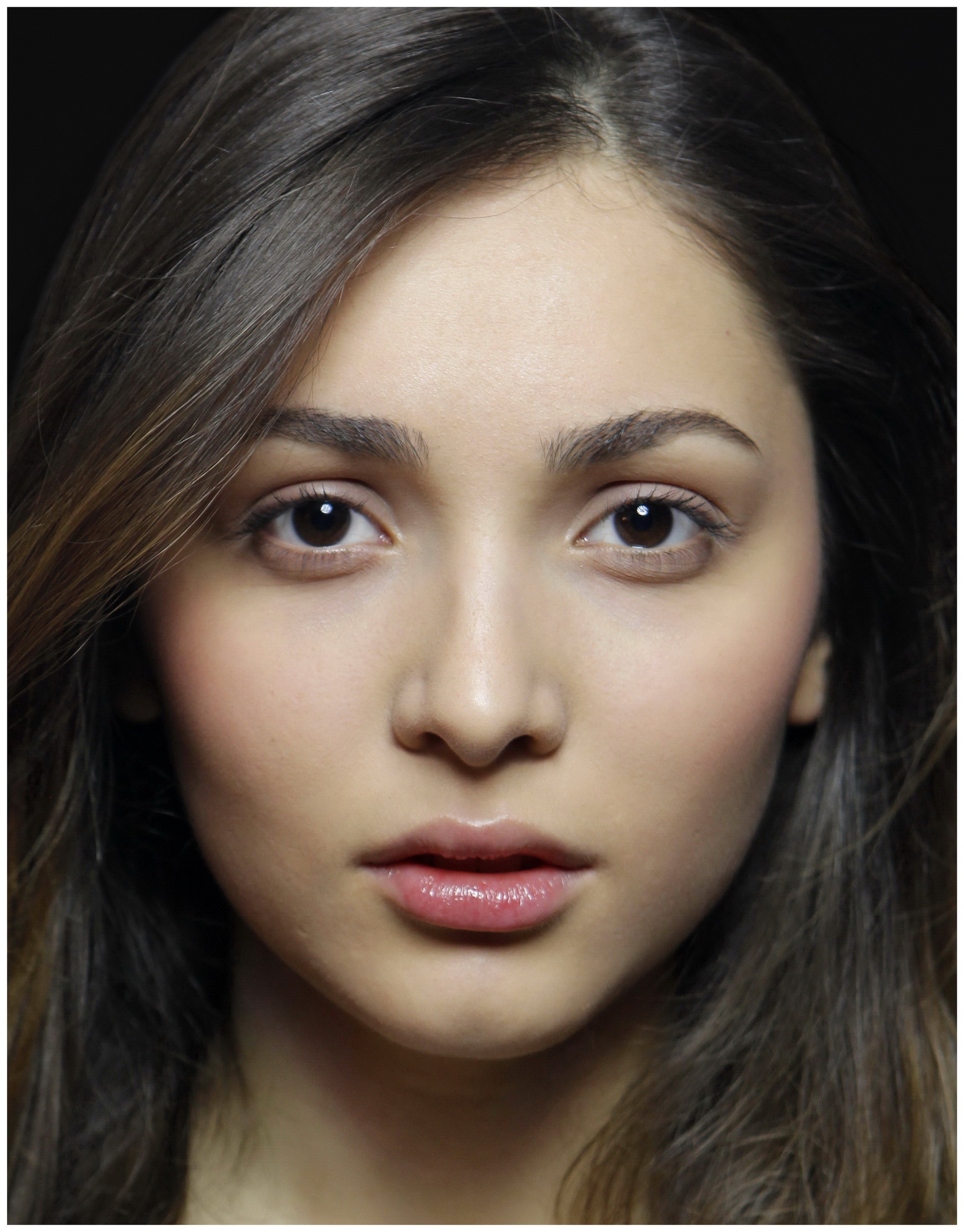 The Ingush (Ingush: ГIалгIай Ghalghai, pronounced [ˈʁalʁaɪ]) are a Caucasian native ethnic group of the North Caucasus, mostly inhabiting the Russian republic of Ingushetia. The Ingush are predominantly Sunni Muslims and speak the Ingush language. Despite popular misconceptions, Ingush is not mutually intelligible[dubious – discuss] with Chechen, though they are closely related. The Ingush and Chechen peoples are collectively known as the Vainakh 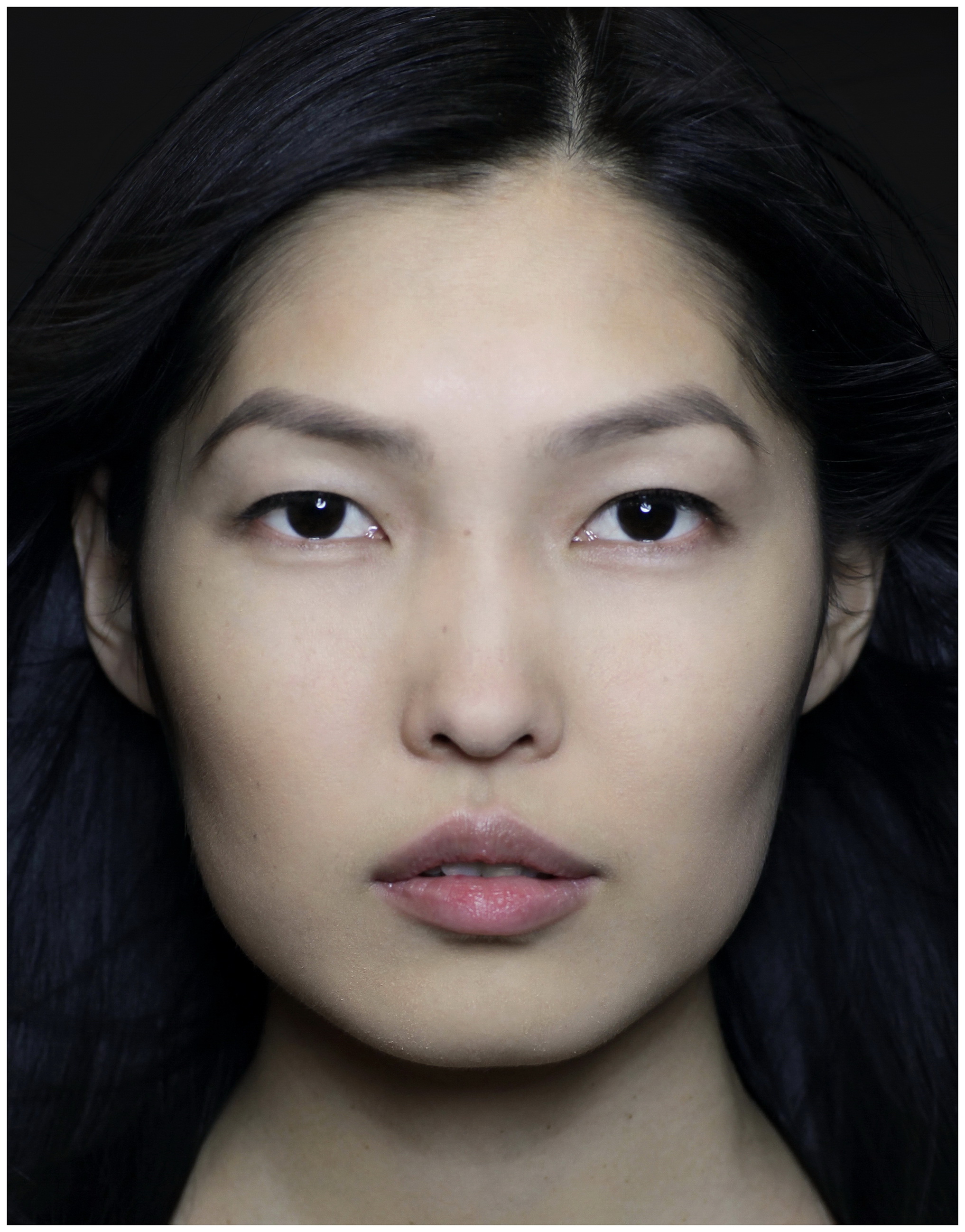 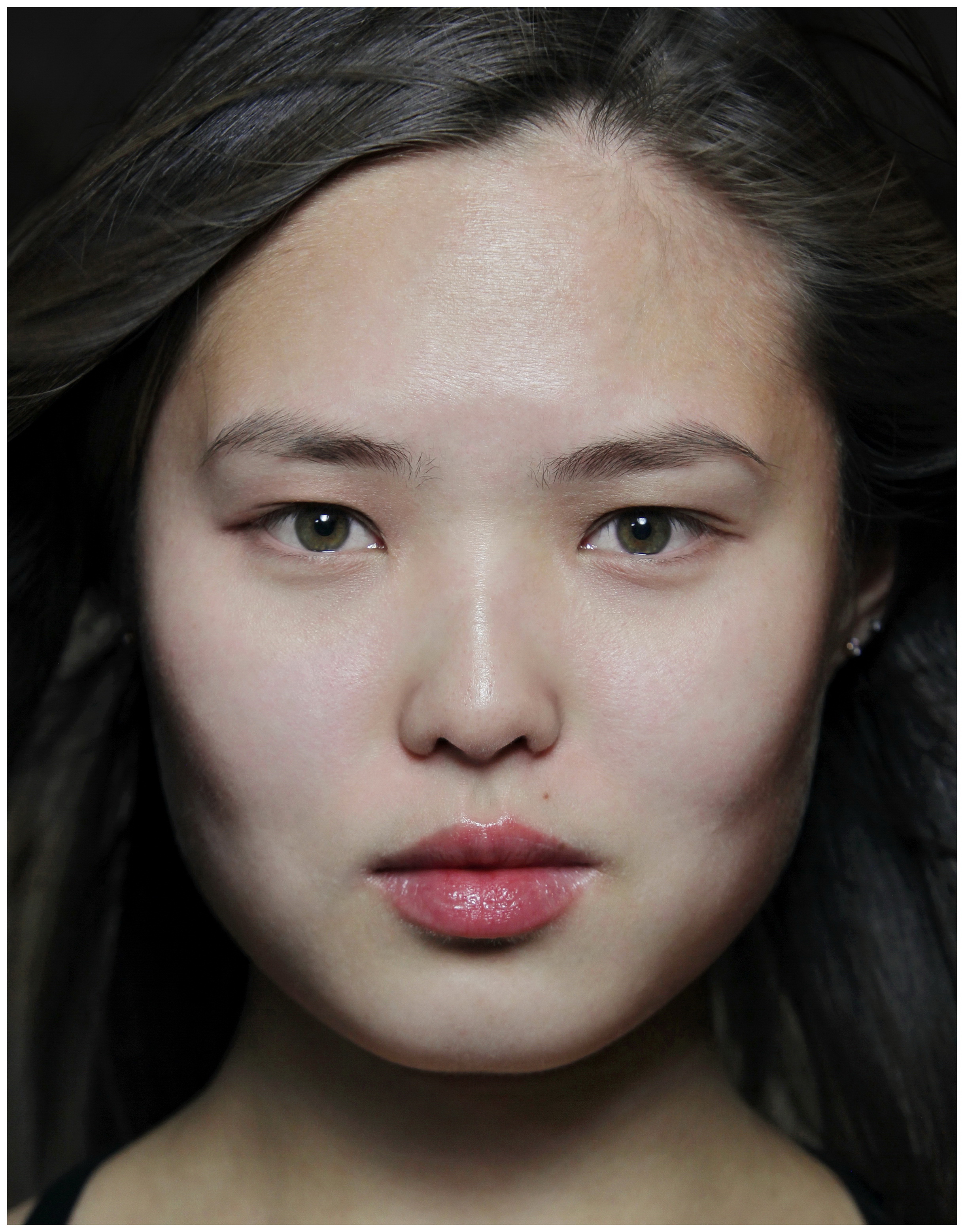 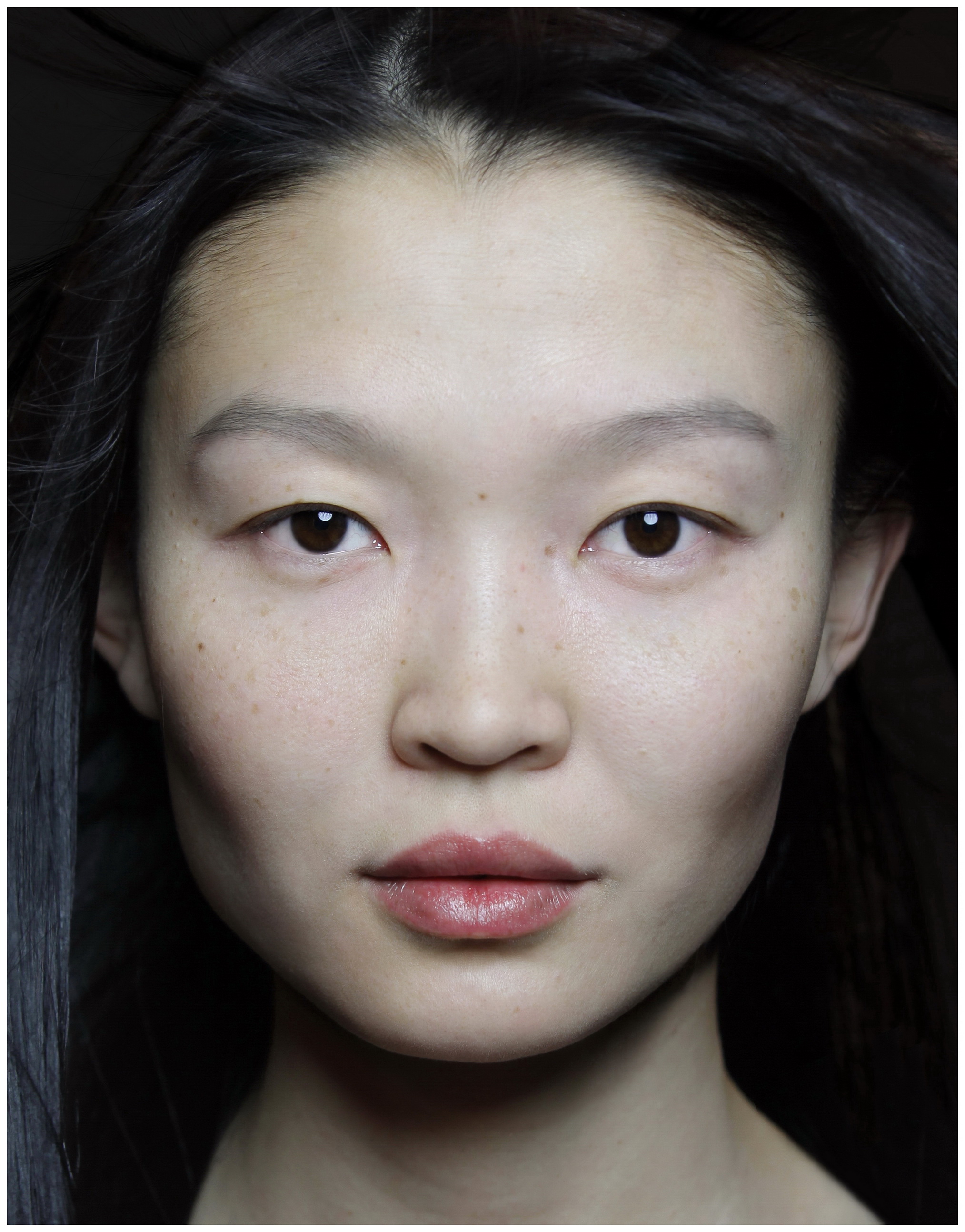 The Kalmyk people (Kalmyk: Хальмгуд, Halm'gud) – or Kalmyks - is the name given to the Oirats in Russia, whose ancestors migrated from Dzhungaria in 1607. They created the Kalmyk Khanate in 1630–1724 in Russia's North Caucasus territory. Today they form a majority in the autonomous Republic of Kalmykia on the western shore of the Caspian Sea. Kalmykia has Europe's only Buddhist government. Through emigration, small Kalmyk communities have been established in Ukraine, United States, France, Germany, Switzerland, and the Czech Republic.
Total population: about 200 000 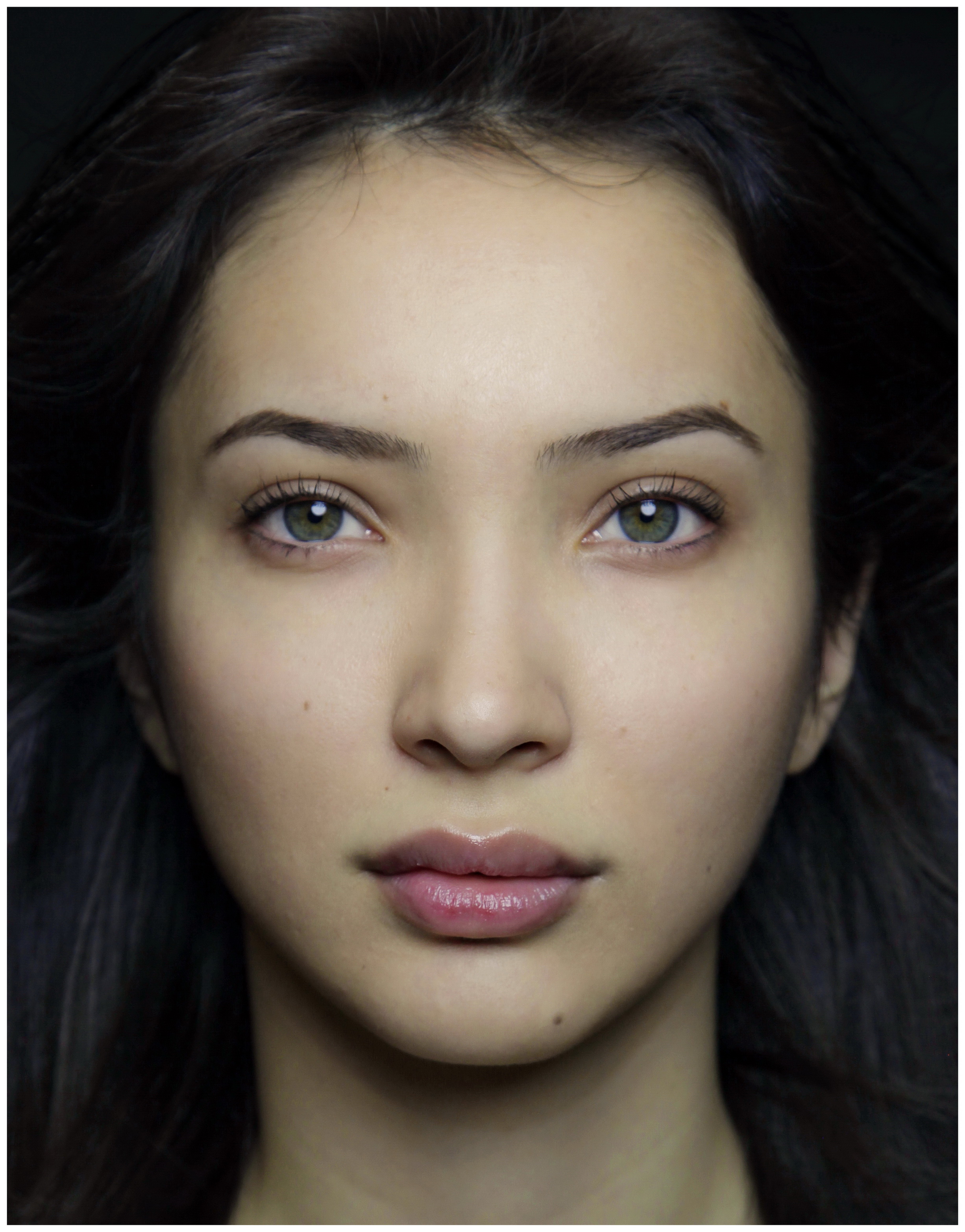 Kumyks (Kumyk: къумукълар, qumuqlar) are Turkic-speaking people, one of the indigenous peoples of Dagestan (the subject of the Russian Federation), the second largest after the Azerbaijani Turkic-speaking people of the Caucasus, the largest Turkic people in the North Caucasus and the third largest ethnic group in Dagestan.
POPULATION: 505,000
LAND: The Republic of Dagestan (the subject of the Russian Federation), also densely populated in such regions of Russia as North Ossetia, the Khanty-Mansi Autonomous District and Chechnya
LANGUAGE: Kumyks speak Kumyk language belonging to the subgroup Kypchak Polovtsian Kipchak group of Turkic languages. Kumyk language is one of the old written literary languages of Dagestan. During the XX century written Kumyk language changed twice: the traditional Arabic script in 1929 was replaced by the Latin alphabet first, and then in 1938 - in Cyrillic. Kumyks speak also Russian.
RELIGION: Sunni Islam. 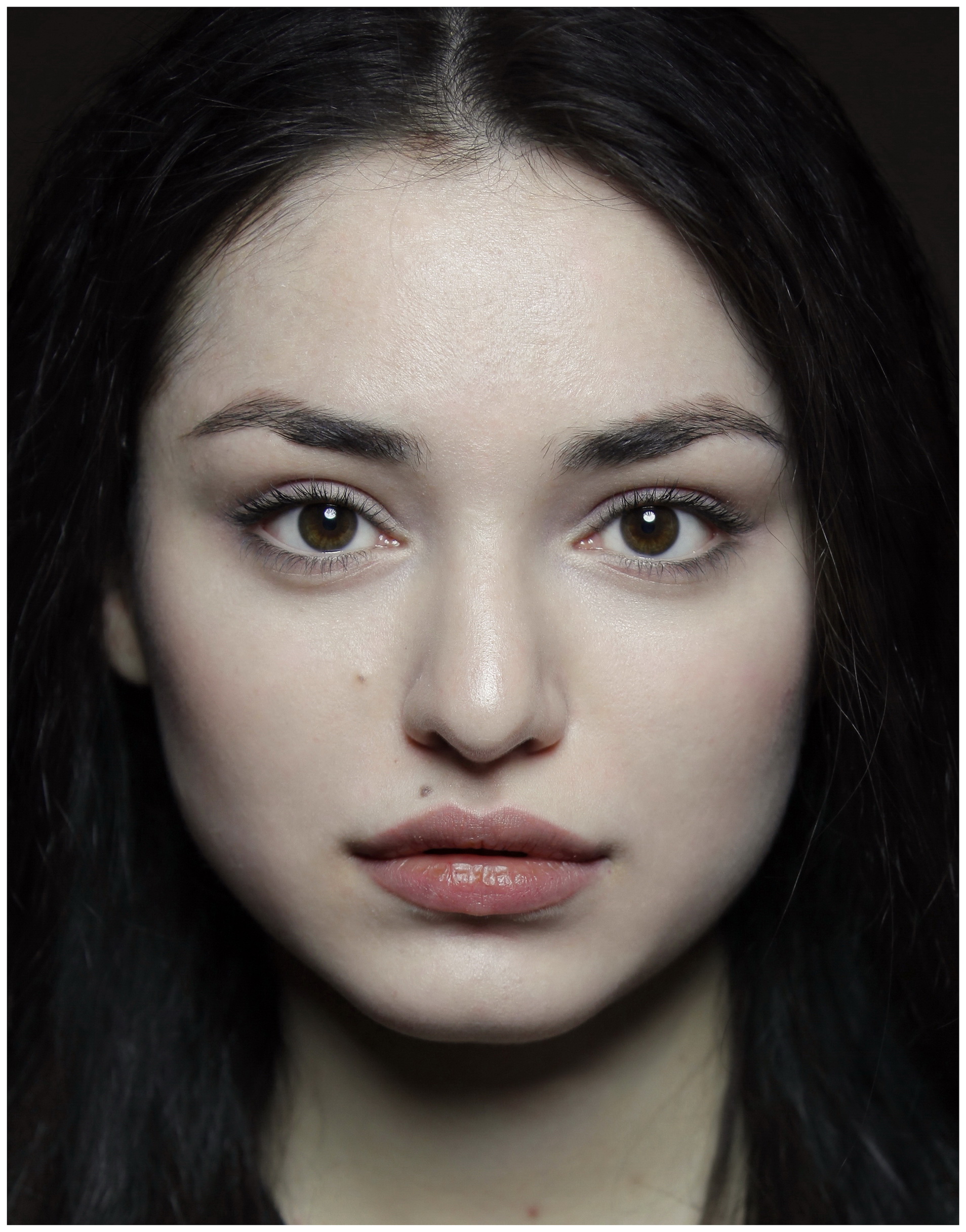